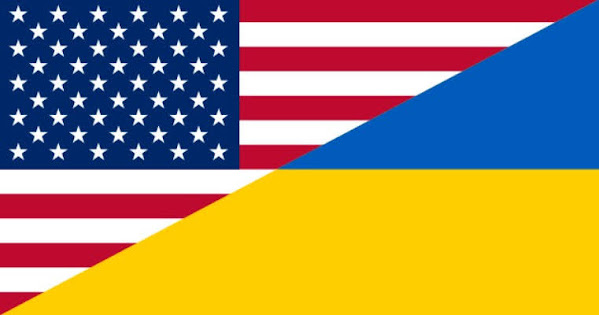 Despite politically charged slap fighting over the merits of returning to a cold war with Russia. Right now we take a quick peek at the people of Kansas City assisting with a humanitarian effort in the midst of increasingly devastating combat.

Here's a TKC overview of the locals reaching out amid war . . .

KANSAS CITY, Mo. - An artist from Ukraine is selling her artwork in the Kansas City area to help support Ukrainian troops. "The war must be stopped very soon," Tetiana Siedina, the artist, told KSHB 41 News on Friday. Her wish is to stop the bloodshed in Ukraine.

KANSAS CITY, Mo.-The Kreidler family has been following the war in Ukraine very closely. Susan Kreidler spent time in both Russia and Ukraine while adopting her two children, Alexandr and Kristina. "I met some wonderful people over there. Good, decent people. They wanted the best for the little people.

KANSAS CITY, Mo. - As Russia's invasion of Ukraine continues, those in the Kansas City area with family members overseas are still monitoring the situation. Dr. Alexey Ladokhin, KU Medical Center professor of biochemistry and molecular biology, has been keeping close tabs on his parents in Kyiv and other family members in Ukraine.

An Olathe woman who served in the Peace Corps in Ukraine is raising money to help her friends who live there.She spoke with KMBC 9 about the horrors her friends are facing and the help they desperately need. Images of families hiding in basements show the new reality for Paige Barrows' friends in Ukraine.

Bryan Cave Leighton Paisner LLP announced Thursday that the law firm is ceasing operations in Moscow in response to Russia's invasion of Ukraine. "Alongside other global businesses, the firm stands in support with the people of Ukraine.

A Ukrainian woman and her three children crossed into the United States on Thursday after being turned away at the U.S.-Mexico border a day earlier, according to the family's attorney.On Thursday, Vice President Kamala Harris committed to taking in more Ukrainian refugees on an overseas trip, but just hours earlier, the Ukrainian family had been barred from claiming asylum in the U.S., according to their attorney and advocates on the ground.For nearly two years, the U.S.

Mounds of abandoned clothes and other personal items lie strewn along corridors leading out of Ukraine. The farther people carry their things, the harder it is, so they leave them behind, said Ludmila Sokol, a gym teacher fleeing Zaporizhzhia in the south. But their pets, they keep alongside them.