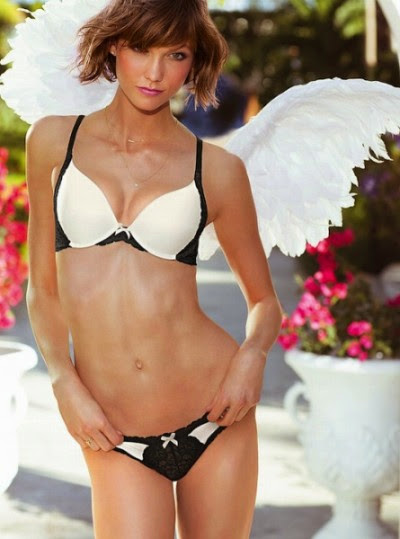 Daylight saving time begins Sunday. The time change can affect sleeping schedules. One sleep specialist at Kansas City's University Health said he is now seeing more COVID-19 long haulers who are having sleep problems."Our sleep-wake cycle is tightly controlled by our biological clock," said Dr. Abid Bhat, of University Health.Come Sunday morning, some of those biological clocks will need to be reset.

If two lawmakers from Missouri and Kansas had their way, metro-area residents would no longer lose an hour of sleep every spring. "We need permanent standard time because our human clocks are set to the natural time," said Missouri Rep. Wes Rogers, a Democrat from Kansas City.

Tips for adjusting your sleep schedule after daylight saving time

KANSAS CITY, Mo. - As we spring an hour forward due to daylight saving time, a sleep doctor is giving tips on how to adjust your sleep schedule to the new change. Dr. Abid Bhat, sleep medicine specialist at University Health, said it takes people five to seven days for our bodies to adjust to that one hour change.

KANSAS CITY, Mo. - Cheers to basketball, but your body may not actually be celebrating the beer that often goes along with the games. Friday, it was all about having fun with some adult beverages in the Power and Light District before the Men's Big 12 Championship Tournament tips off.

KANSAS CITY, MO (KCTV) --- The Big 12 Women's Tournament is also in Kansas City this weekend. Spectators have ben filing into Municipal Auditorium. Despite a snowy start to the tournament, turnout is gaining traction.

NORTH KANSAS CITY, Mo. - Despite cold temperatures, thousands of people were in the Northland for the 38th annual Snake Saturday Parade. Dozens of floats were decorated to embody the spirit of this year's theme: Lucky To Be in NKC.

Each product we feature has been independently selected and reviewed by our editorial team. If you make a purchase using the links included, we may earn commission. Case in point: On February 12, the supermodel was spotted leaving the Brandon Maxwell fashion show wearing glossy black loafers and blue jeans.

Opinion | Polls Show the Public Is Willing to Sacrifice for Ukraine. History Suggests Biden Shouldn't Count On It.

It was Sen. Arthur Vandenberg, an isolationist-turned-internationalist who, in supporting the Truman administration's push for what became NATO, said: "Politics stops at the water's edge." It is a memorable, highly inaccurate turn of phrase. Foreign crises, even wars, rarely produce anything like national unity.


Trump takes credit for sending military aid to Ukraine, ignoring he was impeached for trying to withhold nearly $400m of security assistance

Donald Trump took credit for sending military aid to Ukraine during a speech on Saturday night. Trump's first impeachment focused on him withholding nearly $400 million of military aid from Ukraine. The former president made this claim at a rally in Florence, South Carolina.


Caution Ahead Of WWIII

The deliberations came at an extraordinarily challenging moment for the U.S. and Ukraine, and as American officials began sharing detailed intelligence with NATO alliesabout Russia's planned invasion. A White House spokesperson said "no such plans" for additional training missions "were ever presented" to the White House or the National Security Council.

The moment news broke that Prince Harry was dating an American actor named Meghan Markle, the media exploded into action to find out everything there was to know about her.

After Russian forces kidnapped the elected mayor of Melitopol, Ukraine, on Friday, a new mayor has been installed in the occupied city. Galina Danilchenko was formerly a member of the city council and was debuted on television to the city-which did not elect her-as the new mayor, CNN reports.

Jussie Smollett believes there's one overarching reason he was sent to jail, and it's not because of the hoax ... he says it's because he's Black. Sources with direct knowledge and in constant touch with the "Empire" actor tell TMZ ... Jussie fully expected to get jail time.

Brent Renaud, an award-winning US filmmaker and former contributor to The New York Times , was fatally shot by Russian forces in Irpin, close to Kyiv, according to officials in Ukraine. The Peabody Award-winning documentary filmmaker, working alongside his brother Craig as the Renaud Brothers, also produced films for HBO, NBC, Discovery, PBS and Vice News, among others.

Pope renews calls to end war in Ukraine: "In the name of God, stop!"

Pope Francis is renewing calls for an end to the war in Ukraine, emphasizing the impact on children. In a tweet on Saturday he wrote: "Never war! Think first about the children, about those who are deprived of the hope for a dignified life: dead or wounded children, orphans, children who play with the remnants of war."


Downfall Of Chiefs Ahead

Rocky's World: The AFC West is challenging the Chiefs' supremacy

Steel sharpens steel - at least, that's how the saying goes. The Kansas City Chiefs have dominated the AFC West for more than half a decade. Each year, national pundits do their best to convince themselves that one of the other three teams in the division has a shot at dethroning the Chiefs in the AFC West, and each year, when the dust settles, the Chiefs are still standing.

KANSAS CITY, Mo. - After last year saw the cancellation of the event due to coronavirus concerns, the Western Farm Show was back in person at the American Royal Complex Feb. 25-27, celebrating 60 years in Kansas City. Exhibitors say they were glad to be able to meet with customers at the event again.

The Royals Can Be Competitive in Many Aspects This Season

The American League Central has been shaken up this past offseason. The Cleveland Guardians are trying to shed payroll by putting Jose Ramirez on the trade block, the Detroit Tigers splurged on free agent acquisitions before the lockout, the Minnesota Twins making smaller moves while having the same core, and the Chicago White Sox are looking to make another run towards the World Series.


Catholics Work To Save The Dotte

What to do when a global pandemic turns the world upside down? "Open a Catholic Worker house" may not be the first answer most of us would giv...

Spring returns to the forecast in Kansas City

Hide Transcript Show Transcript CLEVELAND GUARDIANS HERE AT KAUFFMAN STADIUM. SO, YOU KNOW ONE THING KATIE IS THE ROYALS REALLY COULD BE HAVING SPRING TRAINING IN. DO THIS WEEK BECAUSE ITS I JUST GORGEOUS WEATHER OUTSIDE.

The Chordettes - Never on Sunday is the song of the day and this is the OPEN THREAD for right now.