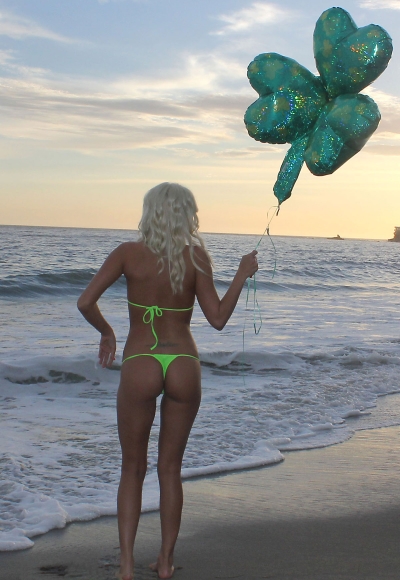 Westport businesses happy to have St. Patrick's Day crowds back

The return of the parade is not just something paradegoers are celebrating. Westport businesses are also happy to have the Kansas City tradition back."It's great to be back," said Stacey McBride, of the Westport Regional Business League.St. Patrick's Day in Kansas City has always been a celebration, but Thursday it felt like something bigger."You can just see it on people's faces.

SHAWNEE, Kan. - A new project in Shawnee, Kansas may cause drivers to find alternate routes over the weekend. Northbound and southbound I-435 from K-10 to Shawnee Mission Parkway will be completely closed starting Friday, March 18 after the evening rush hour at 10 p.m.


South Side Saves The Planet

Marlborough to receive intersection improvements as part of Vision Zero

The intersection of 82nd Terrace and Troost will soon undergo changes designed to calm traffic as part of Kansas City's Vision Zero, an initiative to eliminate traffic fatalities and severe injuries in KCMO by 2030. The city selected six intersections as pilot projects for improvement based on where fatalities have happened.

Hide Transcript Show Transcript ORIGINAL COLOR OF SAINT PATRICK'S DAY WAS READ AND NOT GREEN AND PEOPLE ALWAYS WONDER SO WHY CAN'T I WEAR GREEN? WELL, HERE'S A POCKET SQUARE GREEN YOU ALL KNOW. YOU'V' HEARD THE GREEN SCREEN WHICH TO THE CAMERA IS INVISIBLE.

HUGH Hefner's ex Karissa Shannon claimed she secretly aborted his "devil child" when she was 19 and he was 83. The now 32-year-old made the shocking claims in a new eye-opening interview. The former Playboy bunny told the Mirror that she discovered she was pregnant on accident after undergoing a blood test before a planned breast enlargement- a procedure that Hugh allegedly paid for in 2009.

President Joe Biden on Thursday called Vladimir Putin a "pure thug" and "murderous dictator," his latest pointed attack against the Russian President as the war in Ukraine rages on.

The House of Representatives on Thursday voted 424-8 to suspend normal trade relations with Russia and Belarus amid the invasion of Ukraine. The Senate will vote next on the suspension, which would enable President Biden to further weaken the Russian economy by levying higher tariffs on Russian goods such as steel, aluminum, plywood and other goods.

President Joe Biden on Thursday confirmed that he met with Irish Prime Minister Micheál Martin "for seven-and-a-half minutes" at the Ireland Funds Gala at the National Building Museum on Wednesday, just prior to the announcement that Martin had tested positive for COVID-19.

At least five people are dead after a crash involving 40-50 vehicles occurred on a Missouri interstate, according to reports. The crash involving 40-50 vehicles happened on Missouri's Interstate 57 near Charleston on Thursday morning, according to KFVS 12. Terry Parker, the Mississippi County coroner told the news outlet that five deaths have been confirmed.

Prince Andrew Has an 'Arrogance That Hasn't Served Him Well,' Says Insider

Almost 40 years ago, Prince Andrew was being celebrated as a war hero by both his family and the public. Today, his reputation is in tatters. When he returned from the U.K.'s war with Argentina over the Falkland Islands in 1982, Andrew was third in line to the throne and had the world at his feet.

Permanent Daylight Saving Time: What would it mean for Kansas City?

KANSAS CITY, Mo. - In a display of bipartisan cooperation, the Senate voted Tuesday to make Daylight Saving Time permanent. The Sunshine Protection Act, which received overwhelming support, would ensure that we spring forward one last time in March 2024 and never "fall back" again.

KANSAS CITY, Mo. - A California man is facing federal charges of trafficking fentanyl-laced pills through Kansas City. While on patrol Wednesday morning at the Greyhound Bus Terminal in Kansas City, Missouri, a detective with the Kansas City, Missouri, Police Department spotted a suspicious passenger that had just got off a bus that started in Los Angeles.

The safety spoke to the media for about 20 minutes on Thursday.

TOWARD BUTLER. HERE'S A LOOK AT FIRSTLER FUTURES SCAN GOING FROM THE PRESENT TIME TILL ABOUT CLOSING TIME. THAT'S THE WAY I'M GOING TO TRY TO SHOW IT FOR YOU AS YOU'LL NOTICE HERE, BUT DURING POSSIBLY RIGHT AFTER OUR SIX O'CLOCK NEWSCAST A COUPLE OF SHOWERS AND THUNDERSTORMS WITHIN THE 435 LOOP BECOMING MORE NUMEROUS BEEENTW AND NINE AND THEN YOU CAN DEFINITELY SEE A LOT OF THAT MOISTURE SRTTAG TO MOVE IN FROM KANSAS.