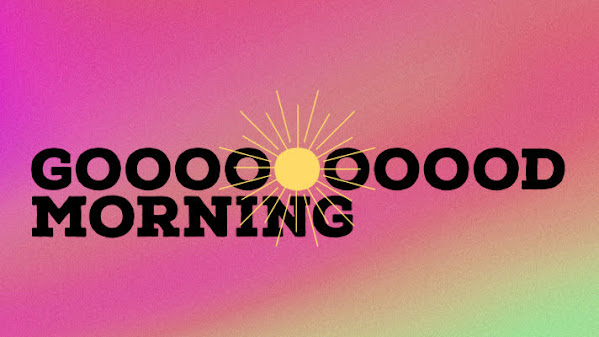 Today we play a bit of catch-up and run through a bevy of news items that might not deserve debate but definitely merit consideration.

What will Kansas City spend $2 billion on?

Kansas City is planning to spend nearly $2 billion on city services this year, from police to housing, but where exactly will that taxpayer money go? Plus, both the KU and Kansas State women's basketball teams are headed into the first round of March Madness.

KANSAS CITY, Mo. - One person has died and another person is seriously injured following a crash that took place around 10:45 p.m. Tuesday night, according to the Missouri State Highway Patrol. The crash happened north of East 21st Street on Prospect Avenue.

KCPD: Motorcyclist dies in crash Wednesday evening on I-435 near Stadium Drive

SOURCE: KC Scout Kansas City police said a motorcyclist died in a crash Wednesday evening on Interstate 435 near Stadium Drive.The wreck was reported at about 6:30 p.m.Authorities said no other vehicles appear to have been involved in the crash.Police are investigating.


Violence In The Stix

( NewsNation) - One Bonne Terre police officer was killed and another was injured after responding to a disturbance call at a Motel 6 on Thursday. At 12:30 a.m. when officers approached a room, a male suspect came out and opened fire.

WICHITA, Kan. (KWCH) - The Kansas Senate Federal and State Affairs Committee is holding a hearing Wednesday morning for Senate Bill 560, which would establish a market for regulated medical marijuana. With legislation introduced last week, SB 560 would provide licensure and regulation for the cultivation, processing, distribution, sale and use of medical marijuana.

As the minority, Democrats in the General Assembly can face difficulty when it comes to introducing, passing or blocking legislation.


Immigrants Other Than Irish

Claudio Vazquez came to the U.S. on a tourist visa in 1997 and planned to stay permanently. Noting the differences between the U.S. and Mexico, Vazquez was shocked to learn how easily people could buy basic commodities in the States, such as a used car.


Olathe Stands Up For Ukraine

There are several groups around the world trying to help more than one million Ukrainians trying to flee the Russian invasion of their country. One Olathe, Kansas woman has helped get more than two dozen at-risk refugees to escape the country. "It's just devastating. It's very personal," Lidiya Gettya said.

KANSAS CITY, Kan - Kansas City, Missouri, Crime Stoppers is celebrating its 40th year since its inception, but misconceptions about the program continue. The group hopes a new QR code will help them bridge the gap. The codes were launched at the beginning of the year.

I wasn't going to blog today...but then Mother Nature is showing me a path to potentially get some snow flakes here before the weekend...after a more Spring-like weather for the next couple of days. So now I have to write about it...it's what I do.

St. Paddy's Day is this week, and we've officially got an extra hour of daylight-and both mean more time for shenanigans. Here are some events happening in KC this St. Patrick's Day and a few other weekend events, too.

KANSAS CITY, Mo. - Kansas City, Missouri Public Schools is considering adjusting the time schools would begin, and is asking for parents to weigh in on the potential change. Currently the district said it has schools starting at three different times throughout the district. Under the new plan, the district would shift to two times.

KANSAS CITY, Mo. - Kansas City startup tech company Epigraph is helping both national retailers and local technology companies push into a future they might not realize they'll need yet. The company recently started a partnership with ACE Hardware to provide the Augmented Reality (AR) technology that's being used on the retailer's website right now for some of its products.

By Dorri Partain At the northeast corner of the Indian Mound neighborhood where Gladstone Boulevard meets Belmont Avenue, one will find the geographical and historical Indian mound that overlooks the neighborhood. The neighborhood also boasts three elementary schools, Northeast Middle School and Northeast High School, along with the expansive Budd Park and the east entrance to Cliff Drive.

Steve-O on his Bucket List Tour, Jackass, and building an animal sanctuary

Steve-O. // Courtesy Steve-O Steve-O is the kind of guy that would tattoo his own face on his back and set himself on fire. The daredevil star made a name for himself as the raspy-voiced, ready-to-die member of MTV's Jackass in the early 2000s but quickly evolved into something more.

A dollar in Kansas City stretches farther than in a lot of U.S. cities. Here's why

What's a dollar worth? More in Kansas City than a lot of the rest of the country. Kansas City is the 11th most affordable large metro in the country, according to a study from Porch, which is a platform that connects people to home repair services.

KANSAS CITY, Mo. - Kansas senior Ochai Agbaji's parents sat down with KSHB 41 News to discuss their son's success ahead of his final appearance in the NCAA Tournament. Agbaji, an Oak Park graduate and Kansas City, Missouri, native, is undeniably talented on the court.

Habitat for Humanity works to help veterans with new program

Habitat for Humanity wants to give back to those who serve. It has a new Veterans Build initiative."It's just an incredible relief," said Wade Wiederhold, an Army veteran.Wiederhold has been having problems with his roof.

KANSAS CITY, Mo. - A 37-year-old tradition continues this St. Patrick's Day in Kansas City, Missouri. Organizers of the annual parade once again hosted a food drive for Harvesters in the lead up to the Irish holiday. "They're probably one our longest standing partners in the community that we still continue to have today," Sarah Biles, Harvesters' director of communications, said.

Rain This Afternoon and Evening

Hide Transcript Show Transcript OF 70 DEGREES BY THREE O'CLOCK. SO FOR PARADE SGITANG AND DURING THE PARADE ITSELF TEMPERATURES WILL BE CLIMBING THROUGH THE 60S. WE'LL HIT THAT 70 AND THEN RIGHT AFTER THAT THE WINDS WILL TURN TO THE NORTH AND WE BRING IN OUR CHANCE OF RAIN AND THE IMPACTS BECAUSE OF THE RAIN BEING HEAVY AT TIMES.

Paul McCartney - Give Ireland back to the Irish is the #TBT & St. Paddy's song of the day and this is the OPEN THREAD for right now.