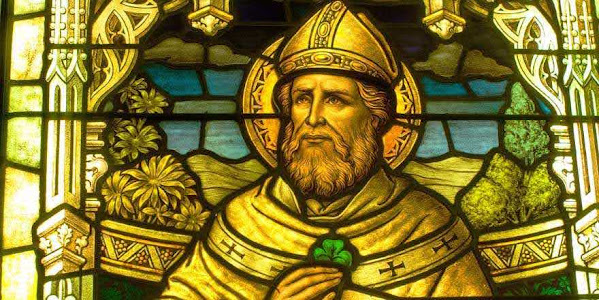 The parade starts in an hour but the party lasts all night.

Accordingly, we share this quick bit of inf on the festivities that involve a great many puffy suburbanites showing an inordinate amount of ethnic pride that they might resent from anyone else.

Don't get it twisted

In fact, as we often repeat on this occasion . . .

I have a great deal of affection for the Irish because they're living proof that white supremacy is a myth.

KANSAS CITY, Mo. - A St. Patrick's Day celebration returns to the Power & Light District. It all begins Thursday at 5 p.m. with green beer, themed food specials and a free show from Loud Luxury and DJ Ashton Martin. The event is free, with an option to upgrade to several different VIP experiences including an all-inclusive ticket.

Hide Transcript Show Transcript AFTER A TWO-YEARIA HTUS A CITY TRADITION IS BACK. THAT'' RIGHT, KANSAS CITY SAINT PATRICK'S DAY PARADE RETURNS THIS YEAR EVERYONE'S IRISH WHEN ISTH THING GET STARTED THURSDAY EXPECT CROWDS AT THE LONGSTANDING CELEBRAONTI AS IT WISND FROM MIDTOWN TO COUNTRY CLUB.


St. Patrick's Day in Kansas City: A list of events

KANSAS CITY, Mo. (KCTV) - While the City of Fountains may be a good distance from the Emerald Isle, there will be plenty of opportunities to celebrate the renowned Irish holiday of St. Patrick's Day locally. Parades 9 a.m. - 4 5th annual World's Shortest and Smallest St.

St. Patrick's Day is celebrated on March 17 because that's the day historians believed he died. The holiday wasn't always the way we see it today. It was once a solemn time in Ireland where bars remained closed. Though credited with spreading Christianity in Ireland, St.