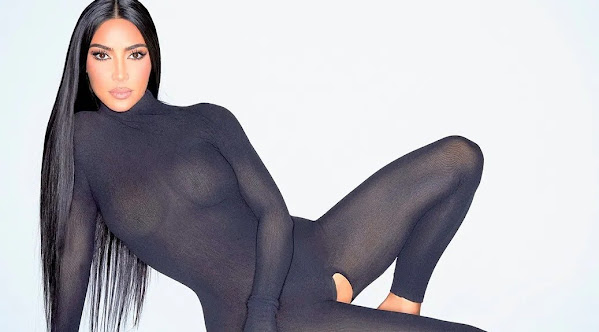 Right now we celebrate a baseball comeback and take a peek at hottie Kim K promoting her Skims as we consider pop culture, community news and top headlines.


Probably Because They Don't Wanna Get Stabbed

Why don't more people in Kansas City ride the bus?

Despite making strides in public transportation over the last decade, few Kansas Citians ride the bus. We'll explore why - and how the city could improve the bus system. Plus, lessons from Kansas City's Black WWI veterans on the durability of democracy.


Even More Love From Locals

A Kansas City charity has spent the last week on the border of Ukraine and Romania to help displaced refugees and deliver direct aid to refugee centers.While the group is returning to Kansas City, the mission will continue. "Yesterday was really crazy.

KANSAS CITY, Mo.- Union Station closed its doors Thursday because of the wintry weather predicted for Kansas City. That means the landmark's attractions were also closed for the day, including the Auschwitz Exhibition. Anyone with tickets to the exhibit should reschedule. If you have not rescheduled your trip yet, Union Station said to watch for an email.

For the first time, low-income people in Kansas and Missouri can buy health insurance on the federal exchange throughout the year. The new year-round enrollment period applies to those who earn 150% or less of the federal poverty line - meaning up to $39,750 for a family of four.

Another week of Royals, MLB games canceled through April 14

In the midst of hyping up the upcoming reality show The Kardashians, the careful, cunning Kim Kardashian made a big mistake, and spoke down to her audience. During a video interview with Variety, Kardashian confidently stated: "I have the best advice for women in business - get your f****** ass up and work.


Fueling Criticism Of The Prez

5 charts that explain why gas prices are so high

Gas prices have reached a record high of $4.318 per gallon as of Thursday morning (not adjusted for inflation), with the prospect of going even higher. The big picture: The U.S. is effectively energy independent, but bans on Russian oil exports from the U.S. and other countries will have a knock-on effect in world markets.

The poll links to a donation page that asks supporters to "Contribute ANY AMOUNT IMMEDIATELY to send your response to President Trump!" The former president was traveling back to his Mar-a-Lago residence in Palm Beach, Fla., from the Four Seasons Hotelin New Orleans in a private jet when the pilot decided to turn around and return to the airport after an engine failed.

WARSAW, Poland (AP) - U.S. Vice President Kamala Harris on Thursday embraced calls for an international war crimes investigation of Russia over its invasion of Ukraine, citing the "atrocities" of bombing civilians, including a maternity hospital. Speaking alongside Polish President Andrzej Duda at a press conference in Warsaw, where she is demonstrating U.S.

TSA to extend COVID mask mandate for another month

The Transportation Security Administration (TSA) is extending its mask mandate until April 18, according to an administration official. The Centers for Disease Control and Prevention (CDC) is developing guidance that will ease the nationwide mask mandate on airplanes, buses and other mass transit next month.

Twitter took down two tweets by Russia's embassy in the United Kingdom on Thursday for what the social media giant called "the denial of violent events" during the ongoing Russian attack on Ukraine.

Britain on Thursday accused Russia of a "war crime" for an attack the previous day on a children's and maternity hospital in the besieged Ukrainian city of Mariupol. Ukrainian officials have said that at least three people, including a young girl, were killed in the strike, which Ukrainian President Volodymyr Zelensky labelled an "atrocity" soon after it happened.

According to ESPN's Jeff Passan, owners and players reached tentative agreement on a new labor deal on Thursday, ending the MLB lockout. Many deals have yet to be confirmed, but according to reports, players can report to spring training as early as tomorrow with games to begin March 17 and the regular season opener scheduled for April 7.

Hilary Rivera was as proud as any other mother would be of her daughter Mercedes Grabowski as she left her native Nova Scotia, Canada, with hopes of finding stardom in Los Angeles. And, within months of landing in Hollywood, the "free spirit," as Rivera describes her eldest daughter, managed to make a name-well, a new name-for herself: August Ames.

It must be the luck of the Irish. For the first time in two years, Kansas City's St. Patrick's Day parade is on!One Irish business set to celebrate the occasion has been around longer than any other."We're the oldest Irish business outside of Ireland.


Fun & Games Inside The Loop

KANSAS CITY, Mo. - Sinkers Lounge will open its doors on March 18 inside the Power & Light District, bringing mini golf, food and cocktails together under one roof. Sinkers will sit adjacent to Blade & Timber Axe Throwing, which is owned by the same company, Swell Park.

If you're one to raise a glass (or several) to the Irish on St. Patrick's Day, make sure you're taking advantage of Kansas City's rich, Irish culture. It's practically a post-St. Patrick's Day Parade must-especially ​​since this will be the return of the parade after it was canceled for the last two years.

KANSAS CITY, Mo. - The city expects to receive millions of dollars in federal funding to help connect communities to the new playground at Martin Luther King, Jr. park. The funding was appropriated to the project in the government budget bill, which lawmakers expect to be signed into law soon.

Hide Transcript Show Transcript TREAT THE ROADS. WE ARE NOT DONE YET. RIGHT NOW HERE IS THE VIEW FROM DOTO.WN LOOKING TOWARD THE SOUTHWEST. IT ISNS OWING HARDER. THE VISIBILITY HAS BEEN COMING DOWN. CHECK OUT THE WIND CHILL IT FEELS LIKE 10 DEGESRE ABOVE ZERO. WE HAVE DARKER BLUE ON THE MAP.

U2 - One is the song of the day and this is the OPEN THREAD for right now.