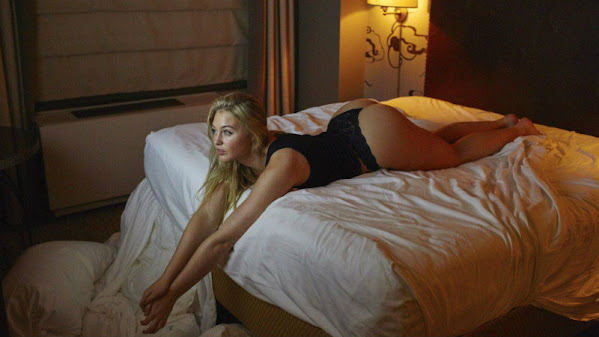 For close readers we share a quick peek at hottie Iskra along with pop culture, community news and top headlines.

It May Be Time to Change Your Mind About Psychedelics

Brenda (her last name is not being revealed to protect her privacy) was in her 60s and grappling with severe anxiety following a second cancer diagnosis when she discovered she qualified for an NYU study investigating therapy for cancer-related distress using psilocybin, the psychoactive compound in "magic mushrooms." For Brenda, who had no prior experience with psychedelics, her "trip" was transformative: "I was just part of this big beautiful world ...

The Washington Commanders are keen on making their debut NFL season under the new moniker a memorable one. With their current state of quarterbacking, such a feat is less than likely to happen, which is why the team reportedly sent a trade offer to the Seattle Seahawks for Russell Wilson.

After the pandemic's two-year whirlwind, B&B Theatres now is the nation's 5th-largest theater chain based on screen count. The family-owned Liberty-based company added 120 screens and 10 theaters during the past 18 months, bringing the total to 513 screens at 56 theaters. Most of the new theaters were acquisitions.

226: Police Budget from the Department's Perspective

Model Iskra Lawrence on 'mission to change the industry,' forging her own path

Iskra Lawrence is a model, entrepreneur, and influencer with nearly 5 million followers on Instagram - but her journey to success was not always an easy one. "As someone who has always been an advocate for self love and self acceptance, it was very challenging [as a model] because I was met with a lot of barriers," Lawrence told Yahoo Finance during a recent interview.

When Matthew Parker, an American veteran with 22 years of service in the U.S. Army, heard that Russian forces had invaded Ukraine, he thought about a Ukrainian American soldier who had served alongside him with U.S. forces in Iraq and decided he wanted to help the Ukrainians defend their homeland.

More than a week into Russia's war in Ukraine, President Joe Biden and his team at the White House are settling in for what many of them believe will become one of the defining backdrops to his presidency: A grinding war in Europe led by an increasingly unsound combatant.

DONALD Trump has claimed Russia didn't invade Ukraine while he was president because he threatened to bomb Moscow. The former Republican president, 75, made the comments to pro-golfer John Daly Friday, saying he "got along great" with his Russian counterpart Vladimir Putin.

'They shoot at anyone who tries to leave.' Ukrainians describe terror of living under Russian occupation

People living in Kherson under Russian occupation describe days of terror confined to their apartments and houses, fearful to go outside for even basic necessities -- their city now a dystopian shell of the home they knew and loved.

U.S. Secretary of State Antony Blinken told China Foreign Minister Wang Yi Saturday that the "world is watching" how his and other nations respond to the Russian invasion of Ukraine. The call was convened to discuss what the State Department called "Moscow's premeditated, unprovoked, and unjustified war against Ukraine."

A cavalcade of nearly 20 big-rig 18-wheelers rolled up to Hale Arena Wednesday, carrying a payload of to-scale photo-realistic dinosaurs, games, rides, souvenirs, fossils, and exhibits. Jurassic Quest-North America's largest interactive dinosaur exhibit-is ideal for children of all ages and millennial parents who extoll the virtues of the original Jurassic Park movies to those children.

Six improvements the Kansas City Chiefs must make for 2022

The Kansas City Chiefs are coming off of an interesting 2021 campaign where they tied for the best record in the AFC and made it to the AFC Championship Game for a fourth consecutive year. The Chiefs have reached the conference championship every year since Patrick Mahomes took the reins as the starting quarterback of the franchise.

Hide Transcript Show Transcript 32 FOR PAOLA, KANSAS SAY GOODBY E. THE LINE OF THUNDERSTORMS WILL SAY GOODBYE TO IT AS A WEAKEN A LITTLE BIT AS HE MOVING. ILLINOIS NOW FOR US JUST THE COLDER AIR AND MOSTLY CLEAR SKIES COME EARLY TOMORROW MORNING AND SHOULD BE NO THREAT OF ANYTHING UNTIL WE GET SOME RAIN SHOWER ACTIVITY IN HERE.