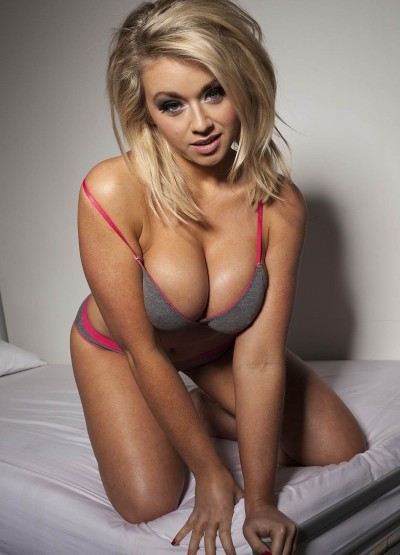 Instagram killed the lad mags and so tonight we remember the legacy of hottie Mel D and her body of work as we take a quick peek at pop culture, community news and top headlines.

KANSAS CITY, Mo. - Thousands of fans and spectators spent their Saturday in Brookside as the neighborhood's 40th St. Patrick's Day Warm-Up Parade returned. It was canceled for two years due to COVID-19 and delayed another week with weather concerns.

KANSAS CITY, Mo. - An investigation is underway following two vacant house fires Friday . The Kansas City, Missouri Fire Department responded to the two house fires just before 6 p.m. near East 56th Street and Olive Street. KCFD said crews were able to extinguish the two houses that had previously had fires in the past.

Sens. Roger Marshall and Jerry Moran of Kansas are in Eastern Europe to learn more about the war and the growing refugee crisis. They're sharing what they're witnessing on the ground near the Ukrainian border.On Saturday, Moran spoke with KMBC 9 by phone.

KANSAS CITY, Mo. - An enchilada fundraiser was held from 12-6 p.m. Saturday at the Guadalupe Centers for Kansas City, Missouri, Police Department Ofc. Lisa Sidenstick and her family. Sidenstick has spent nearly the last 2 1/2 months in the hospital after contracting COVID-19.

'Bidenflation': Instagram Model Seeks A Sugar Daddy To Pay For Her $4 Gas

How tough are the times out there for the Instagram models? This Bidenflation and $4 gas has ladies like Mia Dio, who lists her occupation as "comedian," looking around Miami for a sugar daddy willing to pay her fuel.

Pressure mounts on Koch Industries to halt business in Russia

Pressure is mounting on Koch Industries, the conglomerate run by the rightwing billionaire Charles Koch, to pull out of Russia after it was revealed it was continuing to do business in Russia through three wholly-owned subsidiaries. Hundreds of companies including Coca-Cola, KPMG, McDonald's, Netflix and Starbucks have paused operations in Russia following its invasion of Ukraine.

Just when you thought it couldn't get any worse, it does. The Biden administration is working on a plan that would make the world a far more dangerous place. It's a plot with three steps, all terrible and each arguably worse than the previous one.

Former President Donald Trump returned to Broward County Saturday to speak to some of his most ardent supporters from the stage of FLA Live Arena at the American Freedom Tour, a private event where attendees paid up to $6,999 for seats and access to some of the Republican Party's biggest names.

At least 10 people wounded in shooting at Arkansas car show

The incident took place at about 7:25 p.m. at the Delta N.E.Y.O. Hood-nic Foundation car show The shooting happened in the town of Dumas, about 85 miles southeast from the state capital of Little Rock Arkansas State Troopers were sent to Dumas following an initial report of a shooting outside a local business where the show took place Authorities said that 'as many as 10' people were wounded At least 10 people were shot at an Arkansas car show on Saturday evening, according to the Arkansas State Police.

DICK IN A BOX DECRIED!!!


Woman Sues Over Delivery of Chocolate Penis With 'No Redeeming Qualities'

A woman is suing a novelty gift company for sending a life-size dick-shaped chocolate to her door, citing "fear, nervousness, anxiety, worry, and indignity" at receiving the phallic confection on her doorstep. Parks isn't just a resident of Ventura County, but a local politician, acting as its supervisor.

Three Things THE BIG PICTURE: The Fire may feel unfortunate to have only won the game by two, given KC's lack of attacking threat. Espinoza's goal came on the visitors' only chance with greater than a 10% chance of conversion, per Opta.

Hide Transcript Show Transcript WHAT'S IN STORE FOR YOU 55 IF YOU'RE HEADED OUT THIS AFTERNOON OR EVENING. LET'S SAY AROUND EIGHT O'CLOCK AND LATER TONIGHT0 5 DEGREES AND 47 AT MIDNITGH AND LOOKS LIKE OVERNIGHT LOWS DROPPING. ME INTO THE UPPER 30 SO LOW 40S, THAT'S NOT A BAD MORNING START.