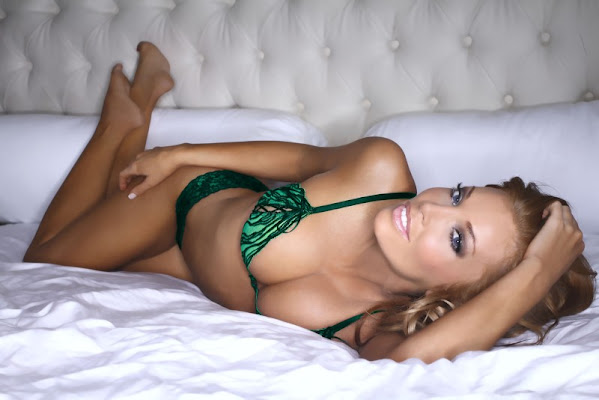 Hottie Angie was born right here in Missouri and this Saturday morning she inspires our peek at pop culture, community news and top headlines.

KANSAS CITY, Mo. - The Missouri Department of Transportation is reminding drivers of a major closure coming to Kansas City's downtown loop starting Monday. Interstate 35, on west side of the downtown loop, will close starting March 7 for northbound traffic only.

SOURCE: KMBC Kansas City police said a standoff at a home Friday near East 59th Terrace and Norfleet Road has ended peacefully.Police said that just after 7:40 p.m., the suspect came out of the home and was taken into custody.Authorities said officers were in the area of the 12700 block of East 59th Terrace about 3:30 p.m.

A Kansas City, Missouri, T-shirt shop is doing what it can to help those affected by the war with Russia in Ukraine.Westport staple Raygun, known for quirky, local, and charitable messages on shirts and other goods, is selling two shirts to benefit the Red Cross mission in Ukraine.

A SELF-CONFESSED cougar has hit back at online trolls who demand the grandma gets off TikTok. The TikTok user, @tiffnicole143, whose real name is Tiffany, regularly shares snaps of herself in tight gym leggings and revealing clothing - but not everyone's become a fan.

The U.K. Ministry of Defense has said it appears that four cities in Ukraine are surrounded by Russian troops. "Ukraine continues to hold the key cities of Kharkiv, Cherniv and Mariupol," the ministry said in its daily intelligence update on Saturday. "There have been reports of street fighting in Sumy.

Ukraine's president has attacked Nato leaders in a fiery speech over their refusal to implement a no-fly zone around the country. Speaking from Kyiv, Volodymyr Zelensky said the West's reluctance to intervene has given Russia "a green light" to continue bombarding towns and villages.


The Wall Wins After All?!?

The U.S. government can continue to expel migrant families at the southern border under a public health policy known as Title 42, denying them a chance to ask for asylum, but can't send them back to countries where their life or freedom will be in danger, a federal appeals court ruled Friday.

China has set its lowest official target for economic growth in three decades.

Is this the beginning of a Joe Biden comeback? | CNN Politics

It's been a rough month - and, really, year - for President Joe Biden. Beset by the Omicron variant, high inflation and the uncertainty in Ukraine, Biden's poll numbers have lagged badly, with his approval ratings stuck in the low 40s. A new NPR/PBS NewsHour/Marist poll suggests that all might be changing.


Bar owners are swapping out Moscow Mules for Kyiv Mules

(CNN) - As Russia's assault on Ukraine continues, American bar and restaurant owners are hoping a small wordchange will help show their solidarity with the Ukrainian people. In a move reminiscent of the "freedom fries" fad of the early aughts, they're taking Moscow Mules off the menu and replacing them with Kyiv Mules.

While the pandemic forced plenty of painful disruptions in the restaurant industry, it also inspired a lot of chefs and bartenders to try out new concepts. Some good news is that fans have turned some of those pop-ups into permanent fixtures. "You'll think, 'I can get a good burger anywhere,'" says food critic Liz Cook.

Hide Transcript Show Transcript OPPOSITE'S 521 RIGHT NOW FOR YOUR MORNING PLANS.T NOW FOR NO ISSUES. WISE KATIE BUT MAYBE LATER ON THIS AFTERNOON THIS EVENING SOMETHING THAT WE NEED TO BE AWARE ABOUT. YEP, ESPECIALLY IF YOU HAVE OUTDOOR PLANS. YES.

Juice WRLD - Cigarettes is the song of the day and this is the OPEN THREAD for right now.