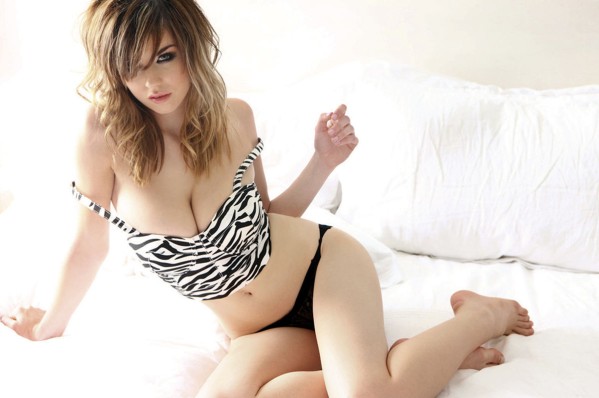 AFC Teams Are Overspending to Compete With the Chiefs

The Kansas City Chiefs have struck a nerve with the rest of the AFC. The Chiefs have put a legitimate fear into other teams and their front offices. A majority of AFC teams have gone out in the first week of free agency and spent so much money to try and catch up with the Chiefs that it is quite mind-boggling.

KANSAS CITY, Mo. - Kansas City, Missouri is asking for public input on its draft plan to improve its Climate Protection and Resiliency Plan. The plan was initially created in 2008 and was updated a few times since then but plans like these are getting more attention now that Infrastructure Bill funding can be the final piece of the puzzle to make a plan into reality.

'Kansas falls below the nation in every subject area': Data shows lag in college readiness

TOPEKA, Kan. - State data shows fewer Kansas high school students are prepared for college today than in 2013. On Wednesday, the Kansas Board of Regents reviewed college enrollment numbers and college readiness data. Using ACT benchmarks to measure college readiness, Elaine Frisbie, vice president of finance and administration for the Board of Regents, said the scores for Kansas students have been worsening since 2013.

JEFFERSON CITY, Mo. (KY3) - Missouri will end its free at-home PCR test kit program at the end of the month. The Missouri Department of Health and Senior Services announced the program would end March 31 due to a drop in demand for COVID-19 testing.

Ready to skate? Go for a spin at these Kansas City roller rinks

This story was first published in KCUR's Creative Adventure newsletter. You can sign up to receive stories like this in your inbox every Tuesday. Roller skating got a boost of popularity in 2020, with many people learning (or re-learning) how to skate during the height of the COVID-19 pandemic.


Pokimane Says That Women Struggle With "Glass Ceiling" On Twitch

Pokimane recently pointed out that while women might have an "easier" time breaking into Twitch, female streamers have to contend with a "glass ceiling" when they become established on the platform. She said that women have a limit to their career potential on Twitch.

Biden's strategy with Putin is decades in the making

Joe Biden always says foreign relations is about relationships, and he's been developing the one he has with Vladimir Putin for two decades.

Trump campaign ordered to pay ex-staffer more than $300,000 after trying to enforce an 'unconstitutional' nondisclosure agreement

Donald Trump's presidential campaign was ordered to pay more than $300k to a former staffer, per BuzzFeed News. An arbitrator ruled that the campaign tried to enforce an "unconstitutional" nondisclosure agreement. The former staffer's lawyer accused the Trump campaign of using these NDAs to "silence" critics.


VLAD PRETENDS TO BE PREZ DON!!!

Fox News personality Sean Hannity says Vladimir Putin's stadium-packed Moscow rally mimics events held by former President Donald Trump, who has previously expressed admiration for the Russian leader. Hannity suggested during his show Friday that Putin was taking a page out of Trump's playbook to rally public support for his invasion of Ukraine.

Russian cosmonauts board Space Station wearing blue and yellow, the colors of Ukraine

Three Russian cosmonauts boarded the International Space Station wearing yellow and blue, in an apparent statement of support for Ukraine. Wearing the colors of the Ukrainian flag has widely been seen as a way to oppose Russia's invasion of Ukraine. The three cosmonauts, Oleg Artemyev, Denis Matveev and Sergey Korsakov, docked their Soyuz MS-21 spacecraft on Friday.

Once again, America is in denial about signs of a fresh Covid wave | Eric Topol

hen it comes to Covid, the United States specializes in denialism. Deny the human-to-human transmission of the virus when China's first cases were publicized in late 2019. Deny that the virus is airborne. Deny the need for boosters across all adult age groups.

South Carolina has given the green light to firing-squad executions, a method codified into state law last year after a decade-long pause in carrying out death sentences because of the state's inability to procure lethal injection drugs.


Rage Against The Dying Of The Light

The Senate's swift passage of a proposal to make daylight saving time permanent caught members and the public off-guard this week and led to plenty of cheering on social media about ending the "spring ahead" and "fall back" changes to the clock.

NLBM hopes to revitalize Monarch Plaza; here's how you can help

KANSAS CITY, Mo. - A piece of baseball history is about to be revitalized, but organizers need your help. The Negro Leagues Baseball Museum is working to get a grant that would revamp Monarch Plaza, the former site of Municipal Stadium. History was made there. Jackie Robinson played there.

This spring, The Coterie returns to indoor performances with the charming family musical, Pete the Cat, based on the best-selling book series by Kimberly and James Dean. Transforming the fabulous blue feline from the book to the stage, Pete the Cat brings the ever-adventurous but always mellow, Pete, to life on stage with toe-tapping, pop-inspired tunes featuring book & lyrics by Sarah Hammond and music by Will Aronson.

Local hairstylist Laurabeth Cabott has risen to celebrity hair status in just a few years-now, she has her own salon in the River Market

Local hairstylist Laurabeth Cabott started her career as a hairstylist at Ulta after graduating from beauty school in 2014. After exposure and a lot of hustle, Cabbot found space for her own salon in the River Market at the end of 2020.

A beautiful day caps off a wild winter

Hide Transcript Show Transcript BE A BEAUTIFUL WEEKEND. I'S' GOING TO KEEP GETTING WARMER. COLD THIS MORNING, BUTHI TS AFTERNOON WE WILL SEE TEMPERATURES CLIMB INTO THE 60S, BUT IT'S ONLY 35 RIGHTOW N AND IT FEELS LIKE 29 EVEN THOUGH IT'S A GENTLE BREEZE FROMHE T WEST.

Coi Leray & Nicki Minaj - Blick Blick! is the song of the day and this is the OPEN THREAD for right now.