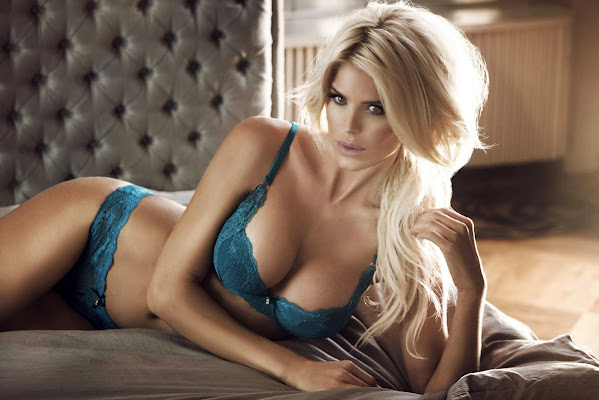 There's a new noninvasive, more cost-efficient alternative to Botox and filler making its way to the Midwest

Fibroblasting is an alternative to Botox and filler, and it's gaining popularity in the Midwest for its anti-aging effects.

KANSAS CITY, Mo. (KCTV) - A local organization is joining efforts to bring medical supplies to Ukraine following attacks on hospitals, including a children's hospital and maternity facility. Project C.U.R.E sent a shipment of supplies that arrived in Ukraine this week. Project C.U.R.E.

Victoria Silvstedt, 47, displays her ample cleavage in a tiny bikini

She's known for her supermodel good looks and incredible figure. And Victoria Silvstedt showcased her incredible physique as she took a dip in the sea in St. Barts on Friday. The model, 47, showcased her ample cleavage, taut midriff and lithe legs in the tiny two piece as she soaked up the sun.

President Biden was mocked on social media after saying that he bets "everybody knows" someone who has been involved in sexual exploitation online. "We established a new civil rights cause of action for those whose intimate images are shared on the public screen," Biden said during remarks to the press on Wednesday.

Forgive the profanity, but you have got to be s-tting us. First, The New York Times decides more than a year later that Hunter Biden's business woes are worthy of a story. Then, deep in the piece, in passing, it notes that Hunter's laptop is legitimate.

Weeks after the 2020 election, at least one Trump White House aide was named as secretly producing a report that alleged Donald Trump lost to Joe Biden because of Dominion Voting Systems - research that formed the basis of the former president's wider efforts to overturn the election.

Why the U.S. and its allies may see China as complicit in facilitating Putin's invasion

HONG KONG - At high-level talks this week, the United States had a clear warning for China: Don't come to Russia's aid in its invasion of Ukraine. U.S.

Former CNN host Chris Cuomo is seeking a $125 million payout from the network. In a legal brief obtained by Deadline, Cuomo accused ex-colleagues of trying to "destroy" him. He also claimed his friend Don Lemon once violated CNN rules but got away with it.

Ellen DeGeneres is giving over $2 million in bonuses to her staff as she prepares for the final episode of her award-winning talk show The curtains will close on The Ellen DeGeneres Show on May 26 and the final celebrity guest will be former First Lady Michelle Obama The show has drawn controversy over claims of a toxic workplace environment, an internal investigation by Warner Bros.

The Kansas City Chiefs first major move of the "legal tampering" period was to sign four-year pro and former Houston Texans safety Justin Reid to a multi-year deal. The writing was already on the wall for three-year captain and All Pro Tyrann Mathieu's exit in Kansas City, and this signing all but confirmed it.

Reactions to the Zack Greinke signing

Party like it's 2009! The Royals have brought back Zack Greinke on a one-year, $13 million deal, a move that taps into nostalgia but also makes a fair amount of baseball sense. Here are some of the reactions to the most significant Royals free agent signing of the off-season.

The best food and drink events in Kansas City this weekend: March 18-20

"This will be the first annual Cannabis Expo in Kansas City, Missouri, held at Hy-Vee Arena. Come out and enjoy over 85,000 square ft. of vendors, seminars and activities." Tickets $35. From 10am to 7pm. Kimchi & Bap Pop-Up at Lenexa Public Market "Get your taste buds ready for our newest pop-up restaurant: Kimchi and Bap!

Creature Feature: Dreamsicle and Maya are all the sweetness you need

Dreamsicle is ready for St. Patrick's Day. // Courtesy of The Rescue Project This week's "Creature Feature" is all thanks to the help of Scott Poore of Mission Driven. Meet Dreamsicle, a playful 7-month-old orange and white domestic shorthair cat. She was brought to The Rescue Project covered in adhesive, but she came out stronger and more beautiful than ever....