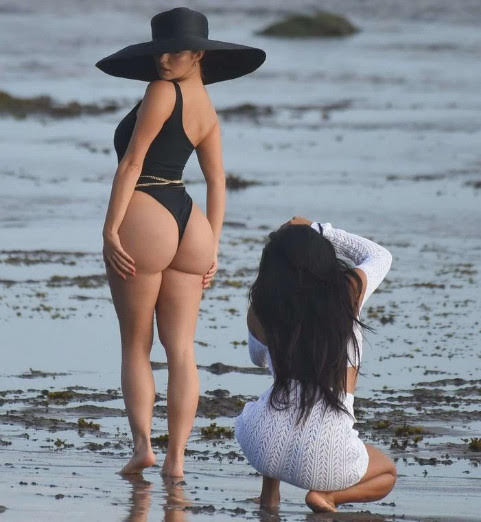 In the Kansas City area, universities have been some of the most prominent sponsors of the public charter schools. But in just the past few years, several ended the relationships or saw charter schools removed by the state.

KANSAS CITY, Mo. - Spokes Cafe and Cyclery on Walnut plans to reopen Monday after a water main break damaged the shop, causing it to close for two weeks. Surveillance video from Spokes shows water rushing into the shop ankle-deep during the morning of Feb. 24.

KANSAS CITY, Mo. - The Kansas City Streetcar is inviting the public to an open house. As the KC Streetcar is preparing to break ground for their Main Street extension, the open house will take place on March 30, at Drexel Hall located at 3301 Baltimore Ave. from 5-7 p.m.

She's no stranger to delighting her fans with scantily-clad snaps on her social media. And Demi Rose was at it again on Saturday as she went topless and stripped down to nothing but a tiny yellow thong while soaking up the sun in the Caribbean.

It's a first for President Biden. The president on Monday night will attend a small, top-dollar, fundraiser for the Democratic National Committee (DNC), his first in-person fundraising event for his party since taking over in the White House 14 months ago amid the coronavirus pandemic.

A former Democrat senator downplayed record high gas prices under President Biden and dismissed the majority of the public blaming the president, on Sunday's episode of "This Week." Guest host Jonathan Karl started off sharing the results of the network's new poll, which found an "overwhelming" majority of Americans support banning Russian oil after Russia invaded Ukraine, but they also blamed President Biden for skyrocketing gas prices.

Fewer Americans see Russia favorably than ever before: poll

The US says China will face harsh "consequences" if it aids Russia in its invasion of Ukraine, according to US media reports. Unnamed officials reportedly told multiple US news outlets that Russia asked China to provide military assistance after it began the invasion. The Chinese embassy in Washington said it was not aware of this request.

News Coins Tesla CEO Elon Musk has once again taken to Twitter to share his thoughts on crypto, vowing that he "won't sell" his holdings of , and . As a general principle, for those looking for advice from this thread, it is generally better to own physical things like a home or stock in companies you think make good products, than dollars when inflation is high.

LONDON, March 14 (Reuters) - Wikileaks founder Julian Assange has been denied permission to appeal at the Supreme Court against a decision to extradite him to the United States, the court said on Monday. U.S. authorities want Australian-born Assange, 50 to face trial on 18 counts relating to WikiLeaks' release of vast troves of confidential U.S.

Parton said Monday she was taking herself of the running for the Rock & Roll Hall of Fame's 2022 class, saying she didn't feel she'd "earned that right."

Dua Lipa and Megan Thee Stallion are sharing the spotlight together in their newest single, "Sweetest Pie." The music video, which dropped on Friday, features a mixture of magical, fanatical vibes and sexy booty-popping. The clip was directed by Dave Meyer and the concept was created by Meg herself.


Celebration Around The World

KANSAS CITY, Mo. - March 14 is also known as Pi Day, you know as in 3.14159265359, or the ratio of a circle's circumference to its diameter. Just because you may not be a math wiz doesn't mean you shouldn't celebrate the day by cashing in on some cheap pie deals.

It was a call out of the blue with an unusual offer -- would the Kansas City, Missouri, Police Department like a free puppy?But not just any puppy, a Dutch shepherd -- a breed commonly used by law enforcement."I was surprised," said KCPD Sgt.

curiousKC | What Help Is There for Unhoused Pet Owners?

On a thundering gray and rainy Saturday morning, Alice DelBosque stacks cans of cat food, plastic bags full of goods and puts a loaf of bread on top. "Can you guys do something with this?" she asks, rattling a box of pasta as folks from the camp approached her.

Take a tour of Kansas City's historic theaters, dating back more than a century

This story was first published in KCUR's Creative Adventure newsletter. You can sign up to receive stories like this in your inbox every Tuesday. One thing's for sure - we're lucky to live in a city brimming with architectural excellence, and history to boot.

Megan Thee Stallion & Dua Lipa - Sweetest Pie is the song of the day and this is the OPEN THREAD for right now.