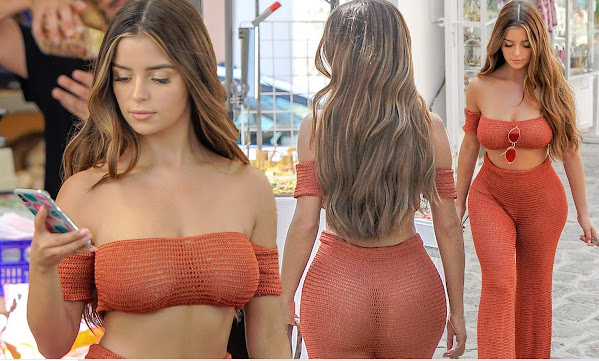 Ahead Of The Local Newz Game

College hoops takes over downtown Kansas City this week as the Big 12 basketball tournament rolls into town. The men's championship begins Wednesday at T-Mobile Center. The women take up residence at Municipal Auditorium on Thursday. If you're heading downtown expect some street closures around both venues.

Few-if any-changes to a proposed condominium project at Holmes Road and 115th Street were presented when developers held their second public information session on Feb. 22 at a meeting of the Center Planning and Development Council at Trailside Center. But neighboring residents had the same-if not more-concerns.

Whataburger opens today in Johnson County, here's what you need to know

Whataburger is finally about to make its debut in Kansas. The third Kansas City area location is set to open Monday in Overland Park.Doors open at 11 a.m. for the new restaurant at 8420 W 135th St. in Overland Park.Previous locations have opened to huge lines and significant disruptions to traffic.

She is never shy showing off her phenomenal figure on social media. And Demi Rose gave an insight into how she gets bikini-body ready on Friday as she underwent a muscle sculpting procedure on her derrière. The model, 26, flaunted her very peachy posterior in a green lace thong as she lay face down in the clinic.

Americans want Joe Biden to stop the slaughter in Ukraine. They want to see that the United States - home to the greatest military force in the world and the globe's biggest economy - cannot be cowed by a thug in the Kremlin.

The House select committee investigating the Jan. 6 attack on the Capitol previewed its likely referral to the Justice Department in a court filing made public last week and experts say the evidence assembled by House investigators would provide a strong impetus for prosecutors to act. "To me it's clearly politically driven," he said.

PHILADELPHIA -- The U.S. Supreme Court announced Monday without comment that it would not review Bill Cosby's sexual assault case, leaving him a free man and ending a two-decade legal drama that shifted the cultural landscape, destroyed the groundbreaking Black actor's reputation, and sent him to prison for several years in his late 70s.

Billionaire hedge fund manager Bill Ackman has warned that World War III has "likely started already" amid Russia's invasion of Ukraine. "In January 2020, I had nightmares about the potential for a pandemic, but everyone seemed to think I was crazy. I am having similar nightmares now," Ackman said via Twitter on Sunday.

Even mild Covid is linked to brain damage months after illness, scans show

During at least the first few months following a coronavirus infection, even mild cases of Covid-19 are associated with subtle tissue damage and accelerated losses in brain regions tied to the sense of smell, as well as a small loss in the brain's overall volume, a new British study finds.

Evan Rachel Wood: Marilyn Manson made me cook him dinner after abortion

Actress Evan Rachel Wood received an Emmy nomination for her role in "Mildred Pierce" - but away from the spotlight, she says, she lived in a constant nightmare.

Sources: Chiefs to use franchise tag on Brown

The Kansas City Chiefs are putting their franchise tag on offensive tackle Orlando Brown Jr., league sources tell ESPN's Adam Schefter. Brown, who turns 26 on May 2, becomes the first free-agent-to-be this offseason known to be getting the franchise tag. The deadline for teams to designate franchise players is Tuesday at 4 p.m.


Sound Of The Season

Ashley Davis describes herself as a "porous" musician. She finds inspiration by hearing people's stories and the way they verbalize their emotions-a process in which she says she sees a lot of beauty.

Alan Walker & Torine - Hello World is the song of the day and this is the OPEN THREAD for right now.