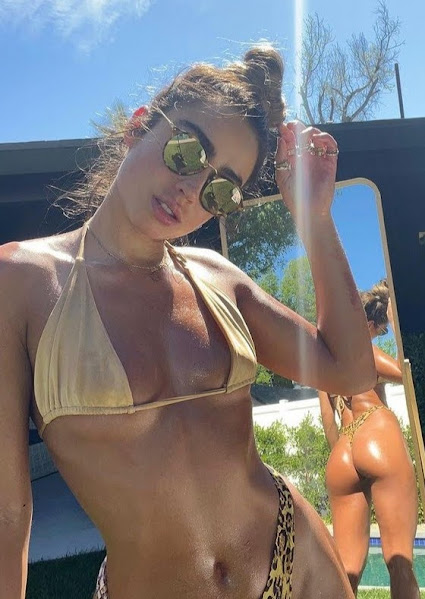 KANSAS CITY METRO (KCTV) - After a brief couple of weeks of stability, Kansas City area gas prices are climbing again. Gasoline costs in the metro have risen 10.3 cents per gallon in the last week, with a gallon now averaging $3.76 locally, according to Gas Buddy, an organization that compiles data on gas prices from across the country.

The area's largest private company reported that its revenue for 2021 increased by $1.5 billion - a total that, by itself, would've ranked among Kansas City's top 10. Dairy Farmers of America r eported net sales of $19.3 billion for 2021, up from $17.9 billion the previous year.

What if You Could Split A $50K TIP? It Happened at Johnny's Tavern in Kansas City

LAWRENCE, Kansas (KCTV, KSMO) - Before it was clear that the KU men's basketball team was going to move on to the Elite Eight, there was plenty of reason to cheer at Johnny's North Lawrence location, when the staff was lined up behind the bar and offered a $50,000 tip to split among them.

Influencer and model Sommer Ray is well-known for her bold and daring looks, which most of the time consist of little-to-no clothing, tanned skin, and fun accessories. She knows how to impress her followers, but for her latest Instagram post, she's leaving fans speechless!

President Joe Biden is expected to propose a new minimum tax that would largely target billionaires when he unveils his 2023 budget, according to a document obtained by CNBC. Called the "Billionaire Minimum Income Tax," it would assess a 20% minimum tax rate on U.S. households worth more than $100 million.

Republican Senate Minority Leader Mitch McConnell of Kentucky has made it known that he will vote against confirming President Joe Biden's Supreme Court nominee Ketanji Brown Jackson to become the first Black woman to sit on the nation's highest judicial bench. As GOP leader in the U.S.

Donald Trump's staff has gone on the defensive over reports that his weekend rally in Georgia had low attendance, with Mr Trump himself attributing them to "fake news". Mr Trump addressed a rally in Commerce, Georgia on Saturday in support of several of Georgia's Republican primary candidates.

The House is poised to pass legislation this week that would legalize marijuana, just the latest example of the swiftly changing attitudes on drug laws that marks a near reversal from the Reagan-era "war on drugs" that also reverberated through th

Delegations from Ukraine and Russia are scheduled to meet in Turkey today to conduct more talks. David Arakhamia, a Ukrainian official who has been taking part in negotiations with Russia, said in a Facebook post on Sunday that delegates had decided to hold this round of talks in-person.

Two years into the pandemic, scientists and physicians are shifting their attention to the long-term consequences of a Covid-19 infection, termed "long Covid." Now, two studies add diabetes to the list of possible long Covid outcomes.

Chris Rock has declined to press charges against Will Smith for slapping him right across the face in the middle of the Academy Awards presentation. Everyone in the auditorium, as well as those watching at home, were left gobsmacked after what happened during the glitzy ceremony.

KANSAS CITY, Mo. - Students in Kansas and Missouri can now apply for several college scholarships available through the local nonprofit Giving Hope and Help. Since 2015, the nonprofit has handed out 79 scholarships. Recipients must live in Kansas or Missouri. High school seniors must have a 2.5 GPA to qualify.

Flagship Books recently completed a remarkable transition from selling out of a shipping container in North Kansas City's Iron District to a storefront on Strawberry Hill in Kansas City, Kansas. Now, the only independent bookstore in KCK is making moves to connect with its surrounding community.

Scattered clouds with some sunshine this afternoon. Windy. High 59. Mostly cloudy Tuesday. Warm and windy. Wind gusts of 20 to 30 mph. High 77. Rain and thunderstorms are likely Tuesday evening & Tuesday night. A few storms could be strong to severe with damaging wind gusts, small hail and a low, but not zero, chance of a brief tornado.

Summer Walker, SZA, & Cardi B - No Love is the song of the day and this is the OPEN THREAD for right now.