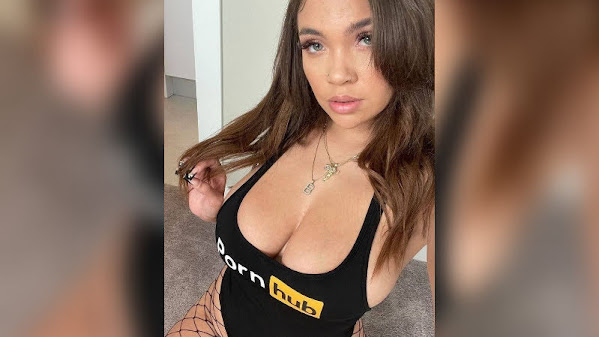 KANSAS CITY, Mo. - Fire broke out at Squirrely's Bar on N. Brighton Avenue early Wednesday morning. Firefighters were called to N.E. 46th Street and N. Brighton Avenue just after 7 a.m. Smoke and fire were showing from the roof of the one-story building on arrival.

KANSAS CITY, Mo. - A woman struck by a vehicle on Broadway Boulevard and Linwood Boulevard Tuesday night was pronounced dead after arriving to the hospital with serious injuries. According to police, a silver Ford Explorer driving north on Broadway did not see the woman crossing the road at about 10:30 p.m.

Midtown bookstore owner aims to build back after getting hacked

Midtown bookstore owner aims to build back after getting hacked

KANSAS CITY, Mo. - Ukrainian President Volodymyr Zelenskyy addressed U.S. lawmakers Wednesday, asking for support in the country's fight against Russia. In wake of the address, local lawmakers are expressing their support. "President Zelenskyy's sobering remarks must be followed with further action to protect innocent civilians & support the Ukrainian people in their fight for freedom," U.S.

OPINION AND COMMENTARY Appraisal notices have landed in Johnson County mailboxes in recent weeks, bringing with them a new kind of sticker shock. Home values have risen dramatically. As you would expect, those increases are reflected in the new county appraisals, which show jumps of 20% or more for some homes.

President Biden mistakenly referred to Vice President Kamala Harris as "first lady" during remarks on Equal Pay Day at the White House Tuesday, and he went on to joke about the gaffe. "There's been a little change in arrangement of who is on the stage because of the first lady's husband contracting COVID," Biden said, according to video of the remarks available on CSPAN.

Donald Trump issued a statement during Ukrainian President Volodymyr Zelensky's speech to Congress, in which the former US president complained of the supposed lack of reports that he rebuilt "a floundering Nato ".

WASHINGTON - The U.S. Senate is expected to pass a resolution Tuesday afternoon that would undo the extended federal regulation requiring face masks on planes, trains, subways and other modes of public transportation, according to a Senate leadership aide and Sen. John Thune, R-S.D.

President Joe Biden is expected to announce an additional $800 million in security assistance to Ukraine on Wednesday, a White House official told CNN, bringing the total to $1 billion announced in just the last week.

President Volodymyr Zelensky's impassioned pleas Wednesday rekindled congressional talk of supporting a no-fly zone over Ukraine. Why it matters: While most members of Congress still maintain having the U.S. and NATO enforce such a zone would drag Americans into a superpower conflict with Russia, the openness of a few members to consider various options for air involvement represented a shift in tone from recent days.

Allergy season will start much earlier than normal and be far more intense because of climate crisis, study suggests

Future allergy seasons will start more than a month earlier and be far more intense because of the climate crisis, new research shows.

he ascent of so-called "elevated horror", a nonsense term vaguely referring to a loose collection of films that smack of the highbrow in a way that your average down-and-dirty murder-fest does not, has yielded a handful of strong entries.

I-29 bridge project to impact drive to KCI for months

KANSAS CITY, Mo. - A long-term bridge project may impact your drive to and from the airport for the remainder of the year. The Missouri Department of Transportation started closing various lanes of Interstate-29 between North Oak Trafficway and 56th Street Wednesday morning. Eventually both northbound and southbound lanes of the interstate will be impacted.


No Workaround Amid Gas Hike

KANSAS CITY, MO. - Ridesharing services, Uber and Lyft, are adding temporary surcharges on its rides to help drivers deal with the increase in gas prices. Uber announced on March 16, Uber will begin charging customers a surcharge. Customers will be charged between 35 cents and 55 cents depending on either transportation or food delivery services.

KANSAS CITY, Mo. - Rap and Rock band Limp Bizkit will return to the road in April and make their stop to Kansas City during "Still Sucks Tour." The band will make their stop on May 24 at the Cable Dahmer Arena, and tickets will go on sale Friday, March 18 at 10:00 a.m.

Arrowheadlines: History is repeating itself as the Chiefs look to youth

Kansas City Chiefs' move away from Tyrann Mathieu follows a pattern | ESPN But we shouldn't be surprised. Replacing Mathieu, who turns 30 in May, with Reid fits general manager Brett Veach's pattern of big-dollar free-agent signings. The Chiefs throw their significant free-agent money at younger players theoretically on the rise and not older players who have already been at the top.

OLATHE, Kan. - It's been two years since the start of the pandemic and nationwide dentists are reporting an increase in stress-related oral health conditions among patients. A recent conducted by the American Dental Association revealed nearly 70% of dentists have seen an increase in oral health issues related to COVID-19, like teeth grinding, clenching and jaw pain.

Welcome Neighbors! That's the greeting on the door of the new Front Range Coffeehouse and Provisions shop at 400 E Gregory (NE corner of Gregory and Oak). This isn't your usual coffee shop; there is so much more here to explore, brought to you by the same folks who created Made in KC.

Local farmers started selling online during the pandemic. That trend is here to stay

When the pandemic first hit, Maureen Schletzbaum had to figure out how to sell her produce while avoiding human contact. Normally, she'd set up a booth at two different farmers markets near Pleasantville, Iowa, where she and her daughter operate Straw Hat Farms . But as COVID-19 continued to spread, Schletzbaum opted to go online.

Spring has sprung in the area! KC's temperatures are running above normal for March. Tuesday's overnight low will fall to the mid-40s. Conditions are windy and warmer for Wednesday with the high getting all the way up to the mid-70s! Increasing clouds are in store on St. Patrick's Day.

Hembree - Reach Out is the song of the day and this is the OPEN THREAD for right now.