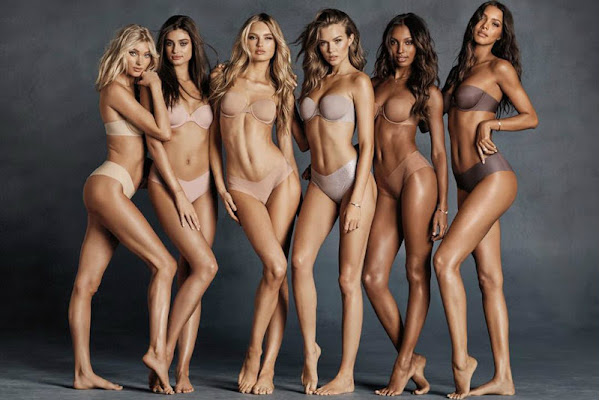 This morning post we take a peek at the last days of an iconic panty brand ahead of culture war transformation and then share more than a bit of community news, pop culture and top headlines.

Fighting burnout Funding will support KCU's efforts to address burnout in health care professionals at the beginning of their careers. Kansas City University was recently awarded over $1.5 million in federal funding. This funding comes in the form of a grant from the Health Resources and Services Administration (HRSA), an agency of the United States Health and Human Services (HHS) Administration.

Police in Independence are investigating after a woman was hit and killed by a Union Pacific freight train Tuesday.Authorities said the accident happened about 7:25 p.m. near 15th Street and Appleton Avenue.Police said officers are trying to determine why the woman was on the tracks.

KANSAS CITY, Mo. - As its invasion of Ukraine continues, Russia remains steadfast on its reasoning of why the invasion began in the first place. Russia's top diplomat compared Ukraine to Nazi Germany at a United Nations Human Rights meeting on Tuesday.

Contract for deed: The promise of homeownership that often leaves Midwest buyers out in the cold

The contract for deed option is marketed as a way for people who can't get a conventional mortgage to realize the dream of owning a home. But more often than not, buyers do not end up as homeowners. And, most Midwestern states provide little, if any, consumer protection to prevent abuse.

At first glance, shoppers may be hard pressed to believe that Victoria's Secret's new lingerie lineup is actually from Victoria's Secret. In mid-February, the retailer unveiled its latest collection of bras and panties, known as Love Cloud. The line is focused on all-day comfort, with minimal frills, Victoria's Secret said.

GOP senators push back hard on Trump's praise of Putin

Russian President 's invasion of Ukraine has revealed tensions within the Republican Party over how hard to push back on the aggression and how to respond to former 's glowing praise of Putin.

Howard Stern Calls Putin a 'F-ing Animal': 'I Wish He Was Dead Like I Wish Hitler Was Dead'

Howard Stern launched into a tirade against Vladimir Putin during Monday's episode of his SiriusXM radio show (via Yahoo). The host condemned members of the Republican Party for supporting Putin amid Russia's invasion of Ukraine, most notably Donald Trump.

Vice President Kamala Harris was mocked by critics on Tuesday for an eyebrow-raising response during a radio interview, where she was asked to explain the Ukraine crisis to listeners. Harris joined the "The Morning Hustle" to discuss the ongoing conflict in Ukraine, President Biden's nomination of Judge Ketanji Brown Jackson for the Supreme Court, and Biden's upcoming State of the Union address.

Ukrainian President Volodymyr Zelensky has accused Russia of war crimes after air strikes, including on a central square, in the country's second city. At least 10 people were killed and 35 hurt when the opera house, concert hall and government offices were hit in Freedom Square in Kharkiv.

6 takeaways from the Texas primaries

Two of the biggest names in Texas politics could be headed to overtime in their efforts to fend off primary challengers.

Dear Maura: He is fixated on my best friend Dear Maura: MY boyfriend has been paying a lot of attention to my best friend lately. I don't know if anyone else notices this but it's obvious. I'm 25 and he's 27. We've been together for two years.


For All Those Desperately Seeking Free Money

By Abby Hoover The City of Kansas City, Mo., has once again extended the application period for its newest grant program. Residents and local organizations can take advantage of a unique opportunity to build better neighborhoods through the newly introduced ReBuild KC-Neighborhood Grants program, which will primarily use American Rescue Plan Act Coronavirus State & Local Fiscal Recovery Funds (ARP) to finance a variety of neighborhood improvements.

Reservation for One: The Classic Cookie - In Kansas City

For more than 30 years, The Classic Cookie has been a Waldo favorite for breakfast, brunch, and baked goods. Now, the neighborhood institution has gotten a refresh thanks to new owners Bryan Sparks and Hailey Allen. Don't panic, longtime patrons-the space is as charming as ever, although it now boasts a more modern look.

Hide Transcript Show Transcript NEXT FEW HOURS WILL HAVE TEMPERATURES SLIPPED TO THE 60'S, TNHE INTO THE 50'S BY 9:00. 55 BY 10:00 P.M.. NOTICE OTHEN SCOREBOARD, ZERO CHANCES OF RAIN. LOOKS LIKE A PRETTY NICE EVENING TO BE OUTSIDE, WALK THE DOG OR GETSHRE F AIR.

Clean Bandit - Everything But You is the song of the day and this is the OPEN THREAD for right now.