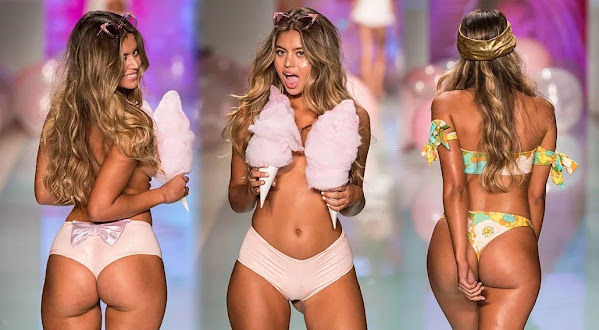 With respect for an Insta-hottie and her body of work . . . Here's TKC news gathering . . .

Interstate 29 near Waukomis Drive closes due to crash

KANSAS CITY, Mo. - A crash on Interstate 29 at Waukomis Drive northbound closed the highway on Wednesday night. The Missouri State Highway Patrol confirmed there were injuries sustained in the crash but weren't immediately able to say how many people were injured. It wasn't immediately clear how many vehicles were involved.

KANSAS CITY, Mo. - Kansas City officials have identified one of the two city employees who died Tuesday in a crash. Police said 34-year-old Jamaal McDaniel, a 2-year Public Works employee, died after the trash truck he was driving crashed and caught on fire. "We remember Jamaal and hold him and his family in our hearts.

JOHNSON COUNTY, Kan. - Residential property owners in Johnson County, Kansas, will receive their 2022 property valuations in the mail this week, and for some, the jump could be in the double digits. This week the appraiser's office is sending out notices letting them how much their property is valued at.

KANSAS CITY, Mo. - As baseball fans wait to see when the 2022 baseball season will begin, Kansas City Royals president of baseball operations Dayton Moore addressed negotiations and answered questions. On Tuesday, Major League Baseball canceled the at least the first two series of the season over a labor dispute for the first time in 27 years.

ORLANDO, Fla. - After a 6-0 victory over the Washington Spirit, the Kansas City Current continued the clean sheets Wednesday night in a 0-0 draw with the Orlando Pride in Orlando, FL. USWNT midfielder and new addition Sam Mewis made her Current debut in the match in the 70th minute.

NBA King LeBron James was last year caught up in an infidelity scandal involving a young Instagram Sofia Jamora. Earlier, both of them stayed silent on the issue. However, when her name came up again in an Instagram post fanning the fire of rumors of them dating secretly, she fired back.

KYIV, Ukraine-Russian forces resumed airstrikes on central Kharkiv, Ukraine's second-largest city and continued pounding other cities as they sought to break the will of Ukraine's resistance on the seventh day of the war unleashed by President Vladimir Putin. Kharkiv's police headquarters and the nearby university building were severely damaged and caught fire.

March 2 (Reuters) - Amazon.com Inc on Wednesday told Reuters it plans to close all 68 of its physical book stores, pop up shops and "4-star" stores in the United States and United Kingdom, ending some of its longest-running experiments in physical retail.

Jake Tapper attempted to moral-scold Republicans for not condemning the heckling from Rep. Lauren Boebert, R-Colo., during President Biden's State of the Union address as critics called out the CNN anchor's own apparent hypocrisy. Boebert interrupted Biden's speech on Tuesday to invoke the 13 U.S.

The Felicity Ace, the cargo ship carrying cars and SUVs from brands including Audi, Porsche, Bentley and Lamborghini, has now sunk. It had caught fire February 16th and its crew abandoned the ship.

From Russia - without love. Adult entertainers in Russia have been blocked from OnlyFans amid financial sanctions imposed on the country following its invasion of Ukraine. Several kinky content creators spoke out on Sunday, saying they were unable to share new videos and access money earned via their OnlyFans accounts.

KANSAS CITY, Mo. - 25-year-old Nadiia Sukha is a journalist working in Ukraine whose life has taken a drastic change. "I had big plans for my life and I woke up to the sounds of explosions," Sukha said. The day Russia invaded Ukraine became a rude awakening for Sukha.

Things cool down after record highs on Wednesday

Hide Transcript Show Transcript THE RECORD WAS BROKEN IT WAS SET IN 1901. JUST TIE IT. WE EXCEEDDE IT BY SEVERAL DEGREES. I THI 8NK3 IS THE WARMEST WE SAW TODAY. ONLY 16% HUMIDITY. ALTHOUGH THERE IS NOTHING OFFIAL, WITH A NUMBER LIKE THAT AND LIKE THIS, DON'T JUST FLICK BASHES OUT OTHF E WINDOW.