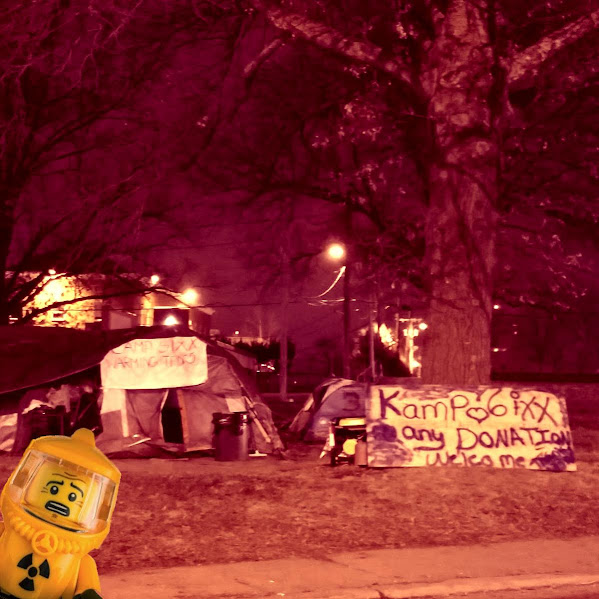 TKC reported this hobo crackdown news FIRST thanks to our KICK-ASS BLOG COMMUNITY and now we're interested to see a bit of progress . . .

Even better . . . This move has traction now that there's urban core buy-in and the South Side is also getting tired of homeless camps earning a pass on local rules & regs . . .

"An ordinance before council would make loitering and camping on private property illegal. The proposal comes a year after encampments in Westport and outside City Hall drew attention to the challenges facing Kansas City's unhoused residents."

Kansas City officials are debating whether to make loitering illegal. Last year, public encampments outside City Hall and in Westport brought heightened awareness to the challenges facing unhoused people in Kansas City - while drawing criticism from some local businesses and homeowners.