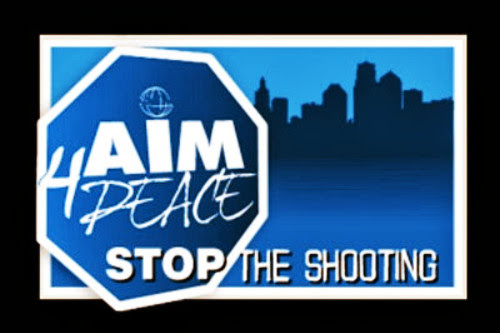 DISTRIBUTING HANDOUTS AND PROVIDING SKETCHY JOBS IS THE ONLY THING AIM4PEACE HAS EVER ACCOMPLISHED!!!

The group has achieved ZERO impact on curbing local violence and most of the "data" they have produced only seeks to justify their own existence . . . And earn even more funding.

Dr. Marvia Jones noted a key program is Aim4Peace, a city-backed initiative that takes a public health approach to reducing homicides. The program’s aims include responding to violent and trauma-related situations, intervening in conflicts and working with survivors of violence while they are in the hospital.

The Aim4Peace program is slated to receive about $837,000 in the upcoming city budget.

After two years of focusing on the COVID-19 pandemic, Kansas City's newly appointed health department director, Marvia Jones, wants the agency to focus on violence prevention as a key agency goal. Before joining the health department, Jones worked in public health and focused on that issue.