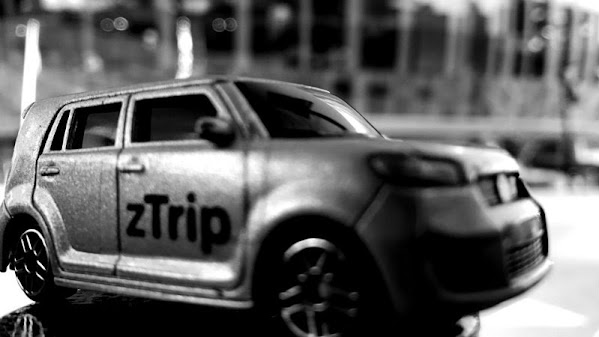 Here's the postscript on one of the most painful local shooting stories in recent memory . . .

KANSAS CITY, Mo. – A Kansas City, Missouri, man has been sentenced in federal court for the armed robbery of a female Z-Trip driver whom he shot approximately 26 times with a rifle from the back seat.

On Aug. 27, 2021, Nevels pleaded guilty to one count of robbery and one count of discharging a firearm during a violent crime.

Nevels was picked up by a Z-Trip driver on Wabash Avenue in Kansas City, Mo., on the evening of Dec. 4, 2018. The Z-Trip taxi in which the crime was committed is equipped with interior and exterior cameras. The cameras show Nevels getting into the rear passenger seat at approximately 8 p.m. The Z-Trip driver took him to Benton Avenue in Kansas City, Mo.

When they arrived at the destination, they waited in the vehicle for somebody to bring out the fare. When a second suspect approached the vehicle, Nevels held a Smith and Wesson Military & Police .22-caliber rifle up to the victim’s head and demanded she give him everything. The victim attempted to explain that Nevels was being recorded, to which Nevels responded, “I don’t care; give me everything.” Nevels also appeared to be taking a photo or video with his cell phone.

The victim turned toward the back seat and grabbed onto the rifle, and a struggle ensued. The second suspect hit the victim in the face, then reached around the driver’s seat and began striking the victim in the back and the back of the victim’s head. The victim released Nevels’ rifle and then Nevels leaned back in his seat, chambered a live round, and opened fire on the victim from close range.  Nevels fired approximately 26 times into the victim.  Nevels and his accomplice then ran from the scene.

About 10 minutes later, Nevels and another suspect returned to the victim’s vehicle to retrieve a cell phone Nevels had left behind when he fled from the scene of the earlier robbery and assault. Nevels can be heard on the Z-Trip vehicle’s video asking the victim if she is okay.  The victim indicates she has been shot. Nevels asked the victim if she had called the police. He got into the rear driver’s side of the taxi and picked up the cell phone, then left the scene.

When police officers arrived, the victim was transported to an area hospital in critical condition. According to court documents, she continues to suffer from her serious and debilitating injuries inflicted by Nevels.

Investigators used cell phone and Facebook data to identify Nevels and the distinctive rifle he used in the robbery. On Dec. 10, 2018, Nevels was seen getting onto a bus near Prospect Avenue and Swope Parkway. Nevels was arrested when he got off the bus at 11th Street and Grand Avenue. Nevels was carrying the loaded rifle hidden in his waistband with the barrel going down his right pant leg. The rifle was later positively identified as the weapon used to shoot the Z-Trip driver during the robbery.

Co-defendants Bailee Anna Maria Prieto, 21, of Kansas City, Kansas, and Melani Yitzel Collazo Jimenez, also known as “Mel,” 24, of Kansas City, Mo., have each pleaded guilty to being accessories after the fact to the robbery. Prieto was sentenced on Nov. 23, 2021, to three years in federal prison without parole. Jimenez was sentenced on Nov. 18, 2021, to two years and six months in federal prison without parole.

Prieto used or allowed her phone to be used to order the Z-Trip that was robbed. Prieto disposed of her phone after the robbery to avoid the police searching it.

Jimenez went to the scene to help Nevels retrieve his telephone from the Z-Trip where he left it after the robbery and shooting. Jimenez provided her apartment for Nevels, Prieto, and others to stay the night after the robbery.

Neither Prieto nor Jimenez reported anything to law enforcement. The two of them communicated with and were associated with Nevels and others, before, during, and after the robbery and shooting.

This case was prosecuted by Assistant U.S. Attorney Bruce Rhoades. It was investigated by the Kansas City, Mo., Police Department and the FBI.

This case is part of Project Safe Neighborhoods (PSN), the centerpiece of the Department of Justice’s violent crime reduction efforts.  PSN is an evidence-based program proven to be effective at reducing violent crime.  Through PSN, a broad spectrum of stakeholders work together to identify the most pressing violent crime problems in the community and develop comprehensive solutions to address them.  As part of this strategy, PSN focuses enforcement efforts on the most violent offenders and partners with locally based prevention and reentry programs for lasting reductions in crime.