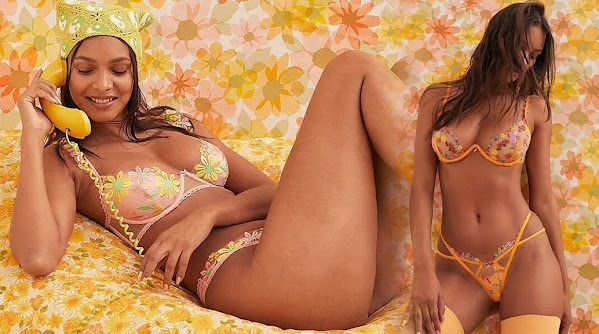 Right now hottie Lais and her body of work helps us celebrate springtime and share a quick peek at pop culture, community news and top headlines.

KANSAS CITY, Mo. - A recent study shows women are underrepresented on many civic boards and commissions in Kansas. The new research was just released by the Institute for Leadership Studies at the University of Kansas, in partnership with United WE. Researchers gathered data from 164 towns and cities across the state.


Cash Across The Bridge

Following the money: The CARES Act in KC's Northland

Clay and Platte counties in Missouri have a lot in common. They share a border, they both cover part of Kansas City, Missouri’s territory, and collectively they make up what’s known as the Northland area of the metropolitan region.


Danger In The Dotte

KCK firefighter critically injured after falling through roof during investigation

KANSAS CITY, Kan. - A Kansas City, Kansas, firefighter and one other person were injured Friday morning after falling through the roof of a building. Firefighters were in an industrial area near South 55th Street and Kansas Avenue to assist the police department with an investigation of an earlier incident.

U.S. Sen. Roy Blunt addresses the Missouri House of Representatives Feb. 23, 2022. // Tim Bommel/Missouri House Communications Office So far, the years of the COVID era have been as fraught with political tension and discord as any in recent memory.

With inflation at a 40-year high and war in Europe, many wonder how to protect their retirement accounts. Nathan Mauck, associate professor of finance at the University of Missouri-Kansas City, said stress about the future is normal, but he advised holding off on taking money from retirement funds.

Brazilian model Lais Ribeiro was seen in the new spring Victoria's Secret campaign For Love & Lemons that debuted on Thursday morning. The 32-year-old knockout posed in pastel toned lace bras and undies while in a studio as her hair was worn down - and in one case with a hippie-inspired braid - and she added various hats and scarves for the festive shoot.

President Joe Biden hailed American military deployments to Europe as part of a struggle for democracy against autocracy during a visit to US troops in Poland. His remarks come as the US and others have reinforced Nato's eastern flank amid the war in Ukraine.

Former President Donald Trump and his two adult sons, Eric Trump and Donald Trump Jr., have agreed to sit for questioning for a class-action lawsuit alleging that they received millions of dollars in secret payments to promote a fraudulent multi-level marketing company to investors, according to a letter filed Friday with the U.S.

House Minority Leader Kevin McCarthy (R-Calif.) called on Rep. Jeff Fortenberry to resign on Friday, one day after the Nebraska Republican was found guilty on multiple charges of lying to the FBI. "I'm gonna discuss with him today," McCarthy told reporters at the House Republicans' annual retreat in Florida.

A judge in Washington D.C. on Thursday dismissed a high-profile case filed by a Washington Post politics reporter who alleged that the newspaper and its former top editor subjected her to unlawful discrimination after she publicly said that she had been the victim of sexual assault.

Russia's Kyiv offensive stalls, as Ukrainians counterattack in the south

"The main objectives of the first stage of the operation have generally been accomplished," said Sergei Rudskoi, first deputy of Russia's General Staff. It's not clear what those objectives were, but he added that it "makes it possible to focus our core efforts on achieving the main goal, the liberation of Donbas."

LVIV/MARIUPOL, Ukraine, March 25 (Reuters) - President Volodymyr Zelenskiy said on Friday that Ukrainians "need to achieve peace" and halt Russian bombardment that has forced millions to flee to countries like Poland, where U.S. President Joe Biden is due to witness the crisis first hand.

An ice shelf about the size of Rome has completely collapsed in East Antarctica within days of record high temperatures, according to satellite data. The Conger ice shelf, which had an approximate surface area of 1,200 sq km, collapsed around 15 March, scientists said on Friday.

SEOUL/UNITED NATIONS, March 25 (Reuters) - North Korea said on Friday its launch of a big new intercontinental ballistic missile this week was designed to demonstrate the might of its nuclear force and deter any U.S. military moves. The United States responded by saying it would push the U.N.

Disney on Ice returns to Kansas City with no COVID restrictions

KANSAS CITY, Mo. - Put on ice by COVID for two straight years, Disney on Ice is back, with no COVID protocols in place at T-Mobile Center. Performers are jumping for joy to be back after an outbreak of COVID among performers forced them to cancel shows.

Alligators are coming to the Zoo... and Jazzoo! Be a part of the wildest fundraiser in Kansas City! Party animals from across the metro will gather to enjoy unlimited food, drinks, and entertainment - all while raising money for the Kansas City Zoo. Your support of this event provides food and care for our 1,700...

Devoured's Jhy Coulter serves up a signature slice of life

Jhy Coulter of Devoured Pizza. // Photo by Liz Goodwin Jhy Coulter knows how to hustle. She's been doing it since she was 15, working at various restaurants while juggling her school responsibilities. As she turns 30 this year, she has a lot of great meals and big milestones to look back on-but even more lies ahead.

KANSAS CITY, Mo. - "Mujer" means "woman" in Spanish, but the context and history behind the word goes much deeper. That's what the "Mujer" exhibit at the Mattie Rhodes Center aims to explore for Women's History Month. "Women are multifaceted.

More sunshine but cool this weekend

Hide Transcript Show Transcript AIR IS JUST TOO DRY. SO APACHE CLOUDS MOVING THROUGH I THINKOR F THE MOST PART HEADING THROUGH THE ENEVING. LOVE THAT MAINLY CLEAR SKY TEMPERATURES WILL BE FALLING THROUGH ETH 40. SO IF YOU HAVE FRIDAY EVENING PLANS TAKE THAT JACKET OR COAT BECAUSE WE'LL BE A LITTLE COOL OUT THERE.