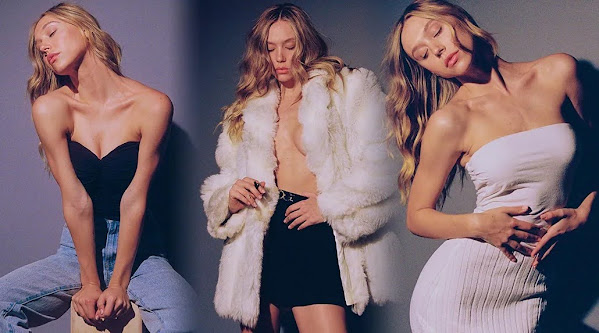 Eat This Now: The Breakfast Burrito at Mattie's Foods

The Breakfast Burrito. // Courtesy of Liz Goodwin Mattie's Foods, a haven for plant-based comfort food, is known for its simultaneously indulgent and healthy-ish creations. The breakfast burrito is a dish that lives up to the eatery's reputation. I am a self-proclaimed champion of tortilla-based entrees for breakfast, and this folded pocket of flavor meets the mark.

After high-profile debates and months of deliberations, Jackson County directed millions of dollars to local municipalities and public health causes. .


Another Plague To Consider

KANSAS CITY, Mo. - As the weather gets warmer, there is new concern about a tick-borne illness and it's not Lyme disease. The Centers for Disease Control and Prevention reports lone star ticks do not carry Lyme disease, but recent studies show it does carry a different illness called Heartland virus.

Model Alexis Ren believes "the way that we are utilizing the US dollar is really scary". Ren, who founded YourStage, a tech platform for learning, believes that the economy "is collapsing." She believes crypto offers a viable alternative and encouraged people to invest regularly.

Next time President Biden speaks about . . . well, about anything really, remember that he knowingly lied to your face about the Hunter Biden laptop story - which the New York Times confirmed today, and which Joe Biden must have known was entirely true when it was first published in 2020 by the New York Post.

An incendiary Stalinesque speech marked a change in Vladimir Putin's tone. Observers saw it as a sign that the Russian leader would take a vengeful turn at home and crack down more forcefully than ever on any sign of dissent.


American Gunned Down In Ukraine

A US citizen was killed in the Ukrainian city of Chernihiv during what his sister said Thursday was an attack on civilians waiting in a bread line. James Whitney Hill, 67, was identified by sister Cheryl Hill Gordon in a post on Facebook. "My brother Jimmy Hill was killed yesterday in Chernihiv, Ukraine," Cheryl Gordon wrote.

Another COVID Wave Is Looming

About three weeks ago, COVID case rates in the United Kingdom made an abrupt about-face, spurred on by a more transmissible Omicron subvariant called BA.2. Case rates are rising, too, in Switzerland and Greece and Monaco and Italy and France.

Please - real name Francesca Elizabeth - was found after police in Vegas had gotten several calls saying she had not been heard from or seen in five days Police found no signs of foul play at Please's home.

OLATHE, Kan. - As the Russian attacks unfold in Ukraine, here in the Kansas City area there are many in the community who still have family over there. "After 18 days, I'm still in disbelief," Nataliya Borth, who has family in Ukraine said.

Kansas City, Kansas Public Library's Spice Club is a free way to try something new in your kitchen

What began as a way to connect with adult patrons of the Kansas City, Kansas Public Library (KCKPL) in late 2020 has developed into a hotly anticipated monthly event. "The Spice Club began as a way for our patrons to try new things without investing in a lot of spices, learn a little something along the way and promote our extensive cookbook collection," says Laura Loveless, KCKPL branch manager.

Rain, possibly a brief wintry mix to start your Friday

Hide Transcript Show Transcript THE AIRPORT. GUSTP U TO 37 MPH AND MOST OF US HAVE GUSTY WINDS AT LEAST 25. HIAWATHA, 26. EVEN STRONGER THAN THAT. COMING IN FROM THE COOLER WEATHER DIRECTION, LOGO FUTURESCAN THE NEXTEW F HOURS.

Cannons - Hurricane is the song of the day and this is the OPEN THREAD for right now.