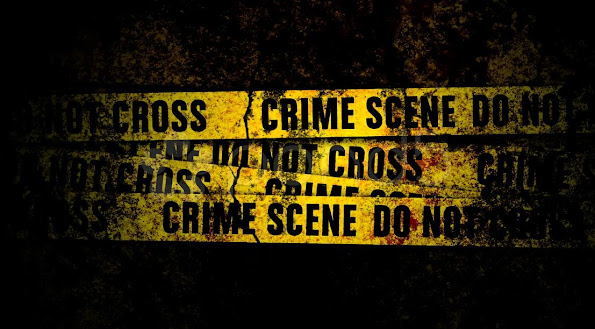 Given that today's news revolves around the po-po and cash to keep this town safe . . . Let's take a look at local news on rising danger, police action and persistent threats.

Of course we try to offer a bit of hope at the end of this collection.

KANSAS CITY, Mo. - The search for a fugitive is focused on a Northland apartment, according to police. U.S. Marshals tracked a homicide suspect to the apartment on North Hickory Wednesday afternoon. The area is just southwest of Interstate 29 and Barry Road.

UPDATE: "Investigators obtained a search warrant and tactical officers made entry into the apartments, however, the suspect was not located. The US Marshals will continue their investigation."

KANSAS CITY, Mo. - Police in Kansas City, Missouri, are investigating a shooting that critically injured a person Monday. The incident happened at the Waldo Heights Apartments at 8101 Campbell St. Officers responded to the area at around 2:40 p.m. The victim was transported to an area hospital.

Two Kansas women say they were attacked by the same man when they were minors.KMBC 9 Investigates introduced you to Tess Ramirez, who was sexually assaulted by a coach in 2008. Kim Bergman said the same man attacked her 10 years earlier.

KANSAS CITY, Mo. - The owner of a truck has a $2,800 repair bill after a thief damaged the fuel tank to steal the gas inside. It happened while the truck's owner was at work near Interstate 29 and Barry Road Tuesday afternoon.

KANSAS CITY, Mo. - Police in multiple cities are looking for a woman accused of stealing thousands of dollars from a victim. Kansas City police released a picture of the woman at a bank. Investigators said she used a fake ID at various UMB Banks to withdraw about $25,000 from a victim's account a year ago.

KANSAS CITY, Mo. - A man, who currently lives in Springfield, is facing child pornography charges that were investigated while he lived in Kansas City, Missouri, according to a release from the U.S. Department of Justice. Shaun Walker, 39, "has been charged in federal court after child pornography was found on the cell phone he carried into a secure area at the U.S.

SOURCE: File image The bishop of the Catholic Diocese of Dodge City will resume his duties after an investigation into sexual abuse allegations. Bishop John Brungardt voluntarily stepped down after the allegation was lodged last year. The Kansas City Star reported that Archbishop Joseph F.


Kansas City police board looking into hiring next KCPD chief

KANSAS CITY, Mo. - The Kansas City Board of Police Commissioners is looking to hire a new police chief. Current Chief Rick Smith announced last year he would retire sometime in the first half of 2022.

Her assortment of experiences at KCPD, including exclusive FBI training, has led the Master Detective to this role. She's worked in the Sex Crimes Section and the Robbery Unit, served on the FBI Child Exploitation Task Force investigating crimes against children, investigated computer intrusions and fraud on the FBI Cyber Crimes Task Force, and worked at the Regional Computer Forensics Lab.

KANSAS CITY, Mo. - Police have received a donation of more than $500,000 to pay for police body camera video to be stored for years to come. The Kansas City Police Foundation raised the money to provide five years of storage of KCPD body cam video.

TOPEKA, Kansas - Police can keep seized property "as long as necessary," state statute says, if they believe it could be evidence in a trial. A proposed change to state law would require police to give items back. Police hold the power to seize property believed to be used in a crime.

KANSAS CITY, Mo. - Only on KSHB 41 News, we're showing you what it takes to become a police officer for the Kansas City, Missouri, Police Department. For several weeks now, we've been giving you an inside look at the training entrant officers go through at the Kansas City Regional Police Academy.

KANSAS CITY, Mo. - You may have noticed a lot of colorful hearts popping up around the Kansas City area spreading some love on your Instagram and Facebook timelines. It's all part of the Parade of Hearts going on for the next few months.