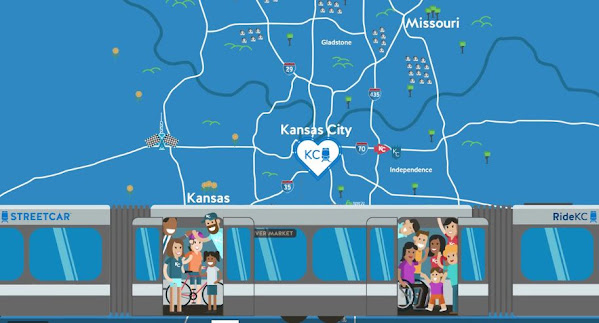 So many Kansas City special interests prepare to jump atop their soap box as the fight over new stadiums for the Royals & Chiefs get closer.

Reality check . . . The Royals will get their downtown digs and the Chiefs will achieve their dome. But the people who yell the loudest might also earn a hefty payoff

Here's a preliminary peek at the development scheme at Truman . . .

"It really was two sentences but obviously lots of implications for it," Sports Business Journal reporter Ben Fischer said.

Fischer was one of just a few journalists in the room when Donovan made his now infamous statement that weighed staying in Missouri against moving to Kansas.

The pros and cons for both hinged on developments around the stadium.

"He was ambivalent about Arrowhead's capacity to do that. Maybe if the Royals leave, that's easier, but that Kansas, Kansas City Kansas and that other side of the state line has, on balance, more available real estate for that,” Fischer said.

And then . . . Check one of many memes put forth by local transit activists . . . 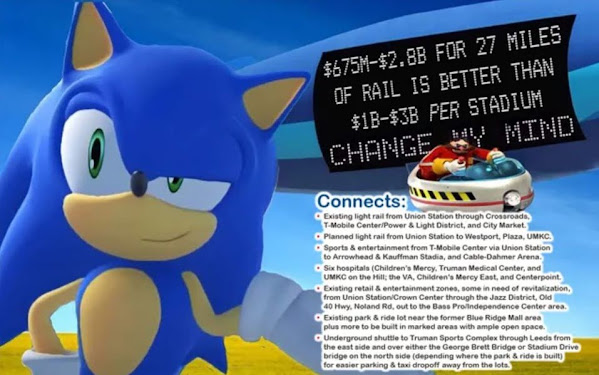 KANSAS CITY, Mo. - Kansas City Chiefs President Mark Donovan surprised some Tuesday when reports surfaced that the organization has reviewed offers to move the team to Kansas. Jackson County Executive Frank White told FOX4 Wednesday he's going to do everything in his power to keep the Chiefs at the Truman Sports Complex, playing in Arrowhead Stadium.


The Chiefs future stadium plans hinge on the development around it

The possibility of the Chiefs picking up and moving across state lines still seems like a reasonably unlikely proposition, at least right now.