Frustration With KC Pet Project After Dog Attack In Raytown 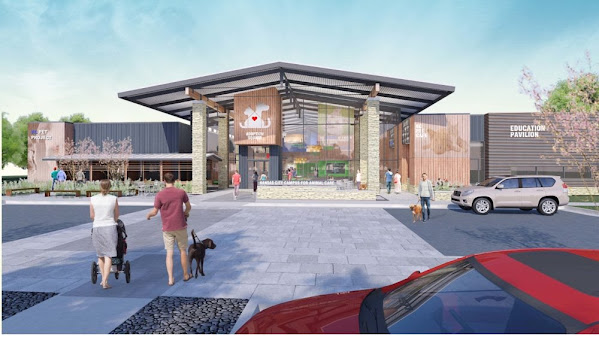 Now that we're enjoying slightly warmer weather, the instances of doggie attacks are likely to increase.

Animal Control has never been dependable in Kansas City and we're sorry to report that circumstance hasn't changed much despite increased taxes and a shift in protocols.

We think the policy angle of recent neighborhood frustration is important . . .

Remember that KC Pet Project recently took animal control services and made quite a few promises at improvement.

Via social media TKC was recently directed to a bit of an uproar over a recent doggie attack in Raytown and charges (allegedly) sent to the victim.

To be honest, the narrative needs a bit of work but the basics are clear enough . . .

Neighborhoods promised vast improvements in animal control are getting stuck with bills instead.

Again, we want locals to recall that KC Pet Project not only promised taxpayers the world in order to pass GO bonds . . . They also said they'd help pay for a new shelter.

"In addition to the City’s $18M in GO funds contribution, the private sector will raise an additional $8M in construction costs, for a total construction cost of $26M for the 55,000-60,000 square foot campus facility."

THAT MONEY WAS NEVER DELIVERED OR REPORTED AND INSTEAD WAS FORGIVEN WHEN KC PET PROJECT TOOK OVER ANIMAL CONTROL!!!

For anyone watching closely, the whole thing is just another sketchy KCMO voter betrayal . . . Among several.

Whilst we regret doggie attacks we want voters to think about THE CONTEXT of miserable city services and so many empty promises from politicos with no accountability for elected officials and no questions from local media.