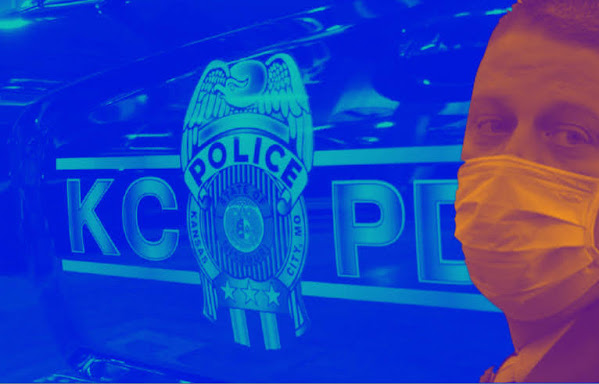 But here's the important part . . . Experts believe the decision will be overturned because it runs counter to every search law in Missouri.

The death of Cameron Lamb remains a touchstone for activists and, overall, the verdict - The first conviction against KCPD for killing an African-American male - is, unfortunately, seen as civic progress by many.

Here are the basics of the story right now . . .

DeValkenaere was sentenced to three years for the the second-degree involuntary manslaughter and six years for the armed criminal action conviction. The sentence will run concurrently, meaning he will serve six years.

Defense attorneys for DeValkenaere will appeal his conviction, but the brief couldn’t be filed until after the sentencing, according to lead attorney Molly Hastings.Youngs previously ruled that DeValkenaere will remain free on bond, as he has throughout the legal process so far, during the forthcoming appeal.

KANSAS CITY, Mo. - Eric DeValkenaere, the former Kansas City, Missouri, police detective who was convicted of two felonies in the December 2019 shooting death of Cameron Lamb, was sentenced to six years in prison on Friday. DeValkenaere was convicted on one count of second-degree manslaughter and one count of armed criminal action.

A former Kansas City police detective who was convicted of fatally shooting Cameron Lamb was sentenced Friday to six years in prison.The judge sentenced Eric J. DeValkenaere to three years for involuntary manslaughter and six years for armed criminal action with the sentences to run concurrently.DeValkenaere will remain free on bond during the appeal process.

Eric DeValkenaere, the former Kansas City police detective convicted in the 2019 killing of Cameron Lamb, a 26-year-old Black man, has been sentenced to six years in prison. Jackson County Circuit Judge J. Dale Youngs handed down the sentence Friday after hearing emotional testimony from members of Lamb's and DeValkenaere's families.