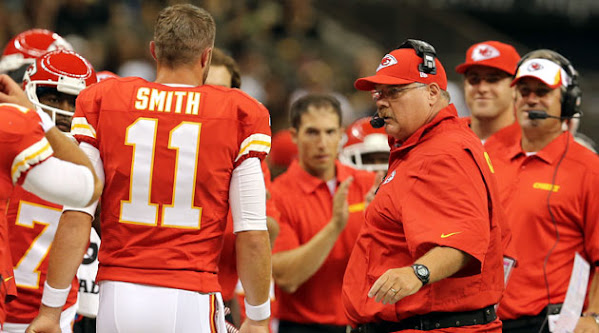 Locals STILL love Alex Smith more than most of the current roster of ballers.

From our vantage . . . We appreciate the he talks far more honestly about the team then the army of sports talkers paid to regurgitate pleasantries.

“But I think the big question is — maybe, as a team, can they be better from it? That cap space, can they go get some other players, maybe on the defensive side of the ball? With those draft picks, can they get some role players to come in and help them this next year? I think that’s the equation they’re trying to make.

“They will not be as explosive as they have been on offense, period, with Tyreek gone. You just can’t — he’s just that kind of player.”

Alex Smith on Chiefs without Tyreek Hill: 'They will not be as explosive... period'