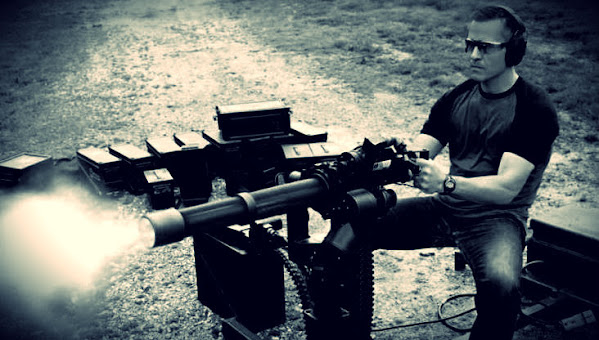 More to the point . . . If ANY of this really moves the dial for Missouri Republicans then they're in more trouble than we realize.

"Anybody who's thought about this for 20 seconds recognizes that if there were a shred of truth to any of this, there is no way my ex-wife, the mediator, and the court would have agree to years ago, that the very best thing for the boys was to spend their free time with me," said Greitens, referring to the custody arrangement he and his wife have had for two years.

Still, Greitens was met with a chorus of calls for him to drop out of the Senate race, partially due to the nature of the allegations. Greitens consistently responds to those calls with accusations that political figures like Karl Rove, Mitch McConnell, and George Soros are working behind the scenes to undercut his campaign.

KANSAS CITY, Mo. - The embattled Missouri Senate Candidate Eric Greitens broke his silence about his ex-wife's allegations of abuse in an interview with FOX4 on Friday. It comes after Sheena Greitens said that her ex-husband was physically abusive and demonstrated such "unstable and coercive behavior" that steps were taken to limit his access to firearms when they were together.