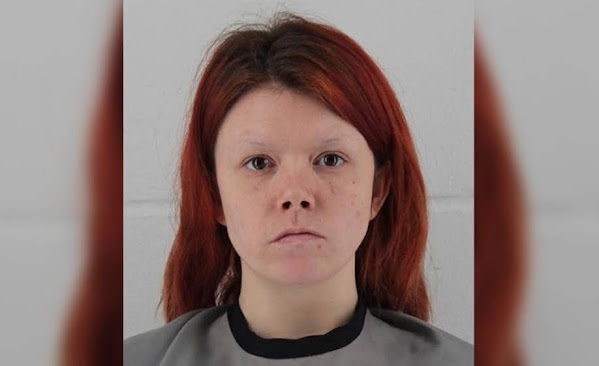 Earlier today we were talking about the drug war and how it has been lost.

Right now we offer more proof as this lil white lady isn't going to hurt anyone but herself but po-po are putting out a presser looking for her . . . Check the warning . . .

She is currently serving time after she was convicted of opioid possession in Johnson County.

According to the Department of Corrections, Wolfgeher was taken to jail March 15 and could have been released as early as May 7, 2022.

OLATHE, Kan. - The Kansas Department of Corrections is looking for an inmate who escaped from Johnson County's Adult Residential Center. Alexis Wolfgeher, 23, has black hair, but it is currently dyed red. She is 5-foot-2, and weighs 112 pounds. Wolfgeher is currently serving time after she was convicted of opioid possession in Johnson County.