Do You Have Cash To Play Kansas City Real Estate Games?!? 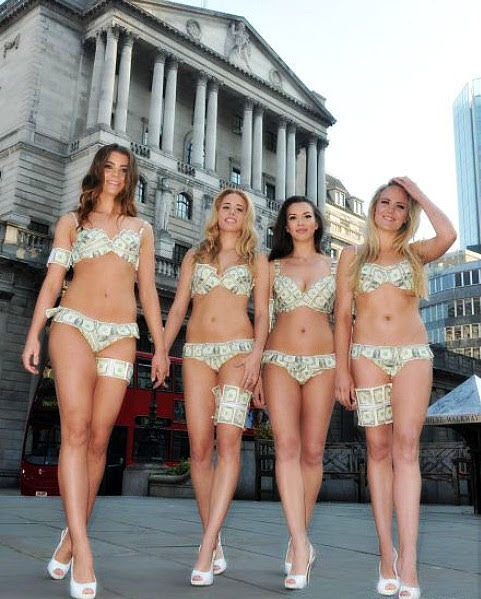 For most us the answer is a resounding: NO.

But that shouldn't keep us from watching so many fools and their money part ways amid yet another selling season powered by inflationary fears, the threat of rising interest rates and the shadow of famine and war.

Again . . . Don't worry. Crafty real estate agents might be able to find the right buyer something with a bomb shelter.

And so we take a glimpse at selling season hysteria as so many "agents" scurry to lock the middle-class into a financial hamster wheel that will put them in an early grave thanks to so much debt and stress.

Not only has it not slowed down—it’s arguably accelerated. “Right now, there’s even less inventory than there was in 2020, at the height of it, when everybody was like, ‘Oh my gosh, there’s no inventory,’” she says. “There’s no area that’s safe in the Kansas City metro.”

To make our final list, we removed all zip codes where the average prices were below the metro’s median price of $260,000 and have combined several areas where zip codes share borders and similarities.

Most of the neighborhoods seeing the biggest booms are not among the twenty wealthiest in the metro area, but they’re often bordered by one or more that are. That includes the zip code that our data put at the top of the list, which is surrounded on three sides by top-twenty zips but isn’t itself among them.

In some ways, the Kansas City market has not changed that much. Schools are king . . .

The Big Boom Kansas City real estate has exploded in the past two years. Here are 11 neighborhoods that have blown up the biggest, according to the data. By Martin Cizmar and Mary Henn Photography Caleb Condit, Rebecca Norden, Jeremey Theron Kirby Two years ago, right around this time, the real estate market was at...


Report: How many homes are sitting empty in Kansas, Missouri?

More than 16 million homes are sitting vacant across the U.S., according to a report using census data. The study by LendingTree ranked the nation's 50 states by their shares of unoccupied homes. The highest vacancy rates were found in Vermont, Maine and Alaska. Each state has between 20% and 22% of its housing stock vacant.