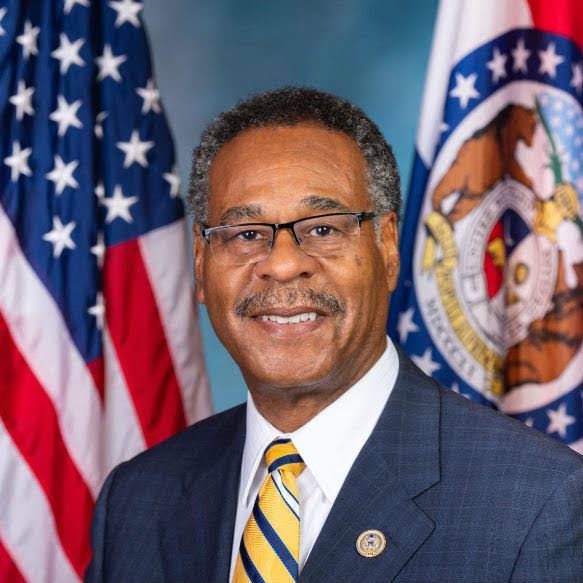 EC From DC: Congress Passes a Bipartisan Budget to Build a Better America

Last week, after months of hard-fought but good-faith negotiations, I'm pleased to report that Congress passed a bipartisan budget bill to avoid a government shutdown and ensure the federal government is funded through fiscal year 2022. And I'm thrilled to let you know I was able to secure more than $15 million from the legislation for 10 local projects throughout the Fifth District of Missouri, which will have a profound impact on the residents of our congressional district.

In addition to funding for important local projects, the bipartisan government funding package makes historic investments in the American people and communities across the country that will help working families with the cost of living, create good-paying jobs, provide support to our veterans, and protect the most vulnerable in our society.

Last, but certainly not least, I'm happy to relay that the legislation also includes more than $13 billion to support Ukrainian freedom fighters and refugees who have been devastated by the atrocities committed by Putin and his cronies. I believe it is imperative that the United States stand with Ukraine and in defense of democracy in this critical moment, and thanks to legislation passed by Congress last week, we will continue to do just that.

$15,156,000 For Local Projects Across the Fifth District of Missouri

Last year, I submitted my request for 10 separate community projects that would have a major positive impact on local communities in Kansas City, Raytown, Marshall, Lexington, and Slater, Missouri--and I'm ecstatic that I was able to have all 10 projects included in the fiscal year 2022 government funding package passed last week. These projects include:

- $3,000,000 for the Local Initiatives Support Corporation (LISC) to help provide affordable housing in low-income neighborhoods, homeownership education, down payment assistance, and minor home repair;
- $2,800,000 to build the MLK Park Pedestrian Bridge at Brush Creek to connect communities, schools, and affordable housing along the north and south banks of Brush Creek;
- $2,500,000 for University Health to create a state-of-the-art substance use treatment center in the heart of Kansas City's UMKC Health Sciences District;
- $2,000,000 for the Health Care Coalition of Rural Missouri to improve services in Lexington and Buckner, Missouri;
- $2,000,000 for Missouri Valley College to build a new 17,000 square foot Health Professions Building to house the Nursing Program and ultimately other health care profession programs;
- $1,259,000 for the Mattie Rhodes Cultural Center to meet the needs of a growing and evolving Westside community in Kansas City;
- $1,000,000 for the demolition and abatement of the former Fitzgibbon Hospital in Marshall, Missouri, so the property can be transformed into 56 safe, affordable workforce housing units for families;
- $250,000 to support the Aim4Peace Hospital-based Violence Intervention Program, which serves victims of violence and their families;
- $200,000 to renovate the 33-year-old Raytown Chamber of Commerce Building and add necessary ADA accessibility at the entrance and interior; and
- $147,000 for the City of Slater to develop new well field protection measures to ensure businesses and residents of northeast Saline County have an uninterrupted supply of potable water during periods of seasonal flooding.

Whether it is the regional affordable housing initiative in Kansas City, the MLK Pedestrian Bridge at Brush Creek, or a new building to expand Missouri Valley College's nursing program, each of these projects will play a critical role in meeting the local needs of our congressional district. As Congress soon begins working toward the fiscal year 2023 government funding bill, you can count on me to fight each and every day to bring taxpayer dollars back home to the Fifth District.

I sincerely believe that the key to a quality, fair, and robust budget bill that meets the needs of the American people is an eagerness from both political parties to work together in good-faith and a willingness to compromise--which is precisely how Congress arrived at the budget I proudly supported last week.

The government funding package includes significant investments to help lower costs for Missouri families, create good-paying jobs, support America's veterans, and protect the most vulnerable members of our society. A few ways in which we were able to do this include:

Instead of fixing the blame for who is responsible for the challenges facing our great nation, I believe the American public wants their representatives to actually sit down and fix a solution for the people--and that's what I have always tried to do. While I have never come across a congressional budget I found to be perfect, including this one, I supported this bipartisan budget because I believe it will help the U.S. take a critical step toward building a better America in every corner of every community.

Supporting Ukraine and Democracies Around the World

In the wake of Vladimir Putin's unprovoked and unconscionable invasion of Ukraine, I believe the U.S. has a moral obligation, as well as self-interest, to stand with the freedom-loving Ukrainian people. That's why I pushed for--and was happy to see included in the government funding package--emergency supplemental funding to support Ukraine and defend democracy in the face of authoritarian aggression.

With more than $13 billion to support Ukraine's fight for freedom, the government funding bill will provide:

- Humanitarian assistance that helps address the dire humanitarian needs of the millions of refugees who have fled Ukraine or been displaced within Ukraine;
- Defense assistance that provides Ukraine and American allies and partners in the Baltics and Central and Eastern Europe so they can defend themselves against Russian aggression;
- Economic assistance that flexibly allows Ukrainian leaders to respond to the economic needs of Ukraine and its neighbors, including energy and cybersecurity efforts; and
- Sanctions enforcement that ensures Putin and his cronies cannot escape the financial pain caused by global sanctions levied for their unprovoked and unjustified invasion of a sovereign nation.

As President Biden continues to lead our nation through the crisis created by the despot of Moscow, I will continue working with my colleagues in Congress on a bipartisan basis to defend democracy while doing everything possible to ensure Putin--not the American people--feel the pain of economic sanctions and other measures.