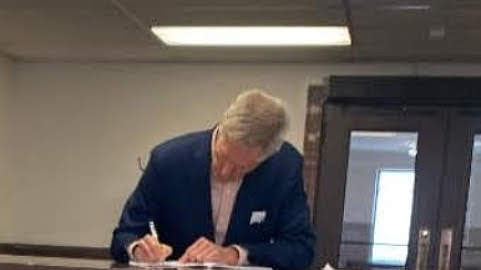 For tonight we offer readers a quick visit with a friend of KCMO voters . . .

Here's a glimpse at what Clay Chastain is working on and his reasoning for hitting the petition trail once again . . .

"There is $55 billion in transit money available in the Congress-approved infrastructure bill. If voters approve this Greenway Transportation Initiative KC has an excellent chance to pull $1 billion into the City to help us build the &2billion comprehensive and alternative transportation system."

Clay Chastain: The Monorail Greenway from KCI to Union Station 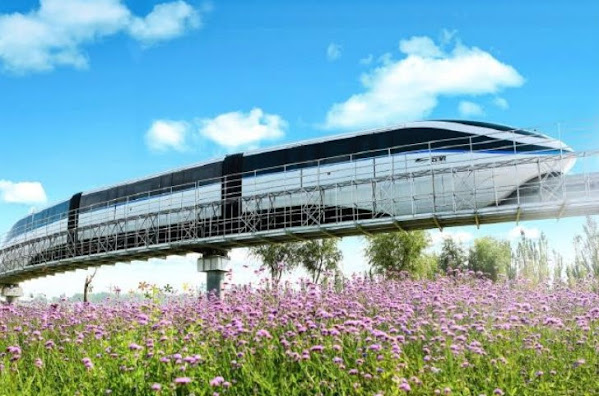 In any endeavor of urban planning (especially the ho-hum subject of transit), it is essential to have a bedrock component that captivates attention, ignites excitement and propels the endeavor to success. Such is the "Greenway Transportation Initiative's" Airport to Union Station Monorail (elevated, quiet and rapid at 50-mph). It will generate a new birth of transit users to board electric buses to connect to it. Though tourists, visitors and business people flying into Kansas City will love it too, this proposed Monorail is not Disneyland-type stuff. Rather, it is a state-of-the-art mass transit system that is surprisngly affordable ($50 million per mile), of quick construction (18-mile route in less than a year) and it doesn't involve relocating underground utilities, tearing up roads surfaces, or the complex task of safely manuevering around, and through, traffic and intersections. In this design, the relative high cost of building transit stations to get passengers up and down from the elevated single track system is mitigated by reducing the number of total station stops through the northland to 3 (Barry Road, Vivion Road and NKC). This minimization of station stops also reduces transit time.  To help access the (N/S)  Monorail Spine in the northland (given the reduced number of stations), the initiative incorporates (E/W) express feeder buses along Barry Road and Vivion Road, as well as an Electric Mini Shuttle Bus Feeder System to transport riders between their nearby residences and transit stations. This design feature not only minimizes the need for unattractive and space-wasting parking lots around the Monorail Stations, it also makes the transit system trip seamless (no car needed).

The City is investing heavily in a new KCI Airport and Downtown Renaissance. However, all that connects these two major destinations together is an incresingly congested I-29 freeway. Our distant new airport only comes with a 6,000 car parking garage! There are no planning provisions for connecting the airport to the central City with a rapid rail line. This is not intelligent, environmentally-friendly or forward-thinking planning given the Airport and Downtown are Kansas City's two foremost destinations and employment centers. The millions of private, expensive and time-wasting automobile trips people will be forced to endure, in going to and from our new airport, does not comport with a community that heralds itself a, "Smart City"! The "KC Flyer" will also drive new healthy density along its Northland Greenway further increasing ridership and mitigating urban sprawl. Metro express buses into Union Station will enable riders to make an easy transfer to board the Monorail to the KCI Airport or a northland destination. The Airport Monorail will connect the northland to the southland. And Monorail riders coming from the Airport to Union Station will be able to conveniently transfer there to other modes of electric transit ..."Ultra Light Rail", Downtown's Streetcar System, City Electric Buses, Metro Express Buses and the Citywide Greenway System...to access most major destinations, neighborhoods and employment centers across our City.

Boring, expensive and car-oriented cities will not be going anywhere in the decades to come. Kansas City has an opportunity, via a grasroots petition initiative, to break from the pack and lead our nation toward the noble goal of reconfiguring our large cities into livable places that people will once again be proud to call home.