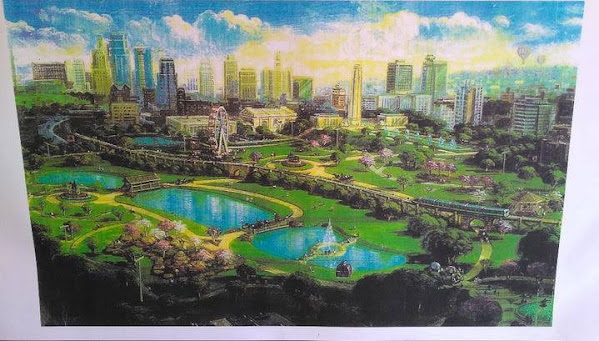 Residents in American cities, including Kansas City, need an antidote to the rising costs of private transportation that is not only fueling rising inflation but also reducing America's quality of life.

A new citizen initiative is on its way that focuses on providing the people of Kansas City a new environmentally-friendly alternative transportation system that will reduce transportation costs, help people stay healthier and improve our City's urban quality of life.

Kansas City's "Greenway Transportation Initiative", proposes to construct a Citywide network of "Greenways" (car-free corridors with separate lanes for quick quiet electric transit / bicycles / pedestrians) that will connect to all major destinations, employment centers and neighborhoods.  Residents of Kansas City will be able to greatly reduce their car usage / costs, carbon emissions and driving hassles by moving about the City on new alternative and convenient forms of transportation. Highlights of the plan include: