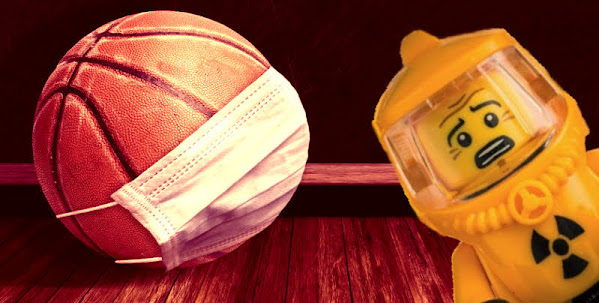 This heartbreaking high school basketball loss offers a valuable life lesson about comportment and sportsmanship that shouldn't be lost on parents and educators.

Even better, this is a great example of BRILLIANT sports writing at the hyper-local level . . .

"In the end the referees didn’t fault any of the players  for the foul that changed the end of the game, but held the fans responsible for coming on to the court before that final second ticked off the clock. There were just a few who did, and immediately the court was cleared. But that wasn’t enough for the referees.

"For a minute and thirty seconds they huddled discussing the call in the middle of the court, shooing away players that came near. As the realization of what exactly they were discussing crept over the Center players and coaches, waves of emotion appeared to be washing over them.

"From half court a Pembroke player motioned, putting hands together in the form of a T, clearly asking the referees to call a technical on Center for fans coming onto the court. Center players pleaded with the referees from a distance not to make the call."

The Center Yellowjackets were headed to the state tournament as champions of Class 4 District 14, appearing to outlast Pembroke Hill in a grueling physical game. With Center leading 33-32, Pembroke turned the ball over on what seemed to be its last possession. Center kicked it out in transition as the last seconds ticked off the clock.