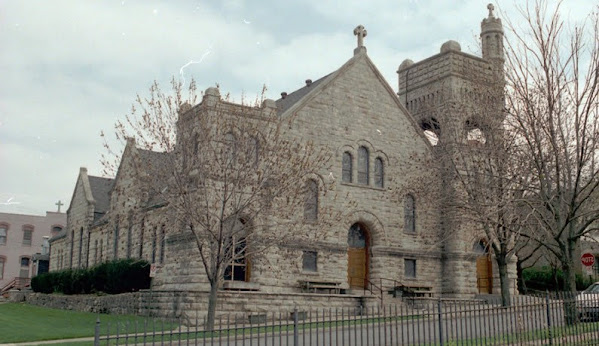 We believe that in all of his infinite wisdom, Bishop James Vann Johnston Jr. probably doesn't think a lot about Kansas City urban core Catholics.

They're mostly a drain on his budget and there aren't many big money donors who command attention.

In a move to further segregate Kansas City faith communities along racial and economic lines, the diocese is combining Westside & Columbus Park parishes.

The plus side is there will be more Spanish masses in and around downtown.

God forbid any of the unwashed brownish faithful show up at Cathedral; we hear they're trying to cater to the influx of downtown hipsters who actually have more than a few bucks to donate.

Holy Rosary has a very nice credit union and they're a more established community . . . We expect that they'll push around the Westside faithful in a way that might chase even more people away from the church OR possibly answer TKC's weirdo curiosity about how Latina vs. Italian women hold up over time.

Last night the news was delivered with no vote or request for perspective, opinion or cooperation.

Catholics tend to operate dictatorially in every regard but especially when money is involved.

A Pew study released in December found that 29 percent of Americans are not affiliated with any religion, up from 16 percent when Pew first asked the question in 2007. However, the number of people in the United States who self-identify as Catholic has held steady at 21 percent.

And so . . . Because it turns out that a lifetime of shame and guilt actually helps keep people faithful, we share this local #TBT missive that offers some historical perspective on urban core Catholic budget cutting . . .

curiousKC | Remembering the Sacred Heart and Our Lady of Guadalupe Consolidation

Few events can be more wrenching for a neighborhood than the closure of a church, which serves as a social, cultural and spiritual hub of a community. That was particularly so in 1990, when the Catholic Diocese of Kansas City-St.