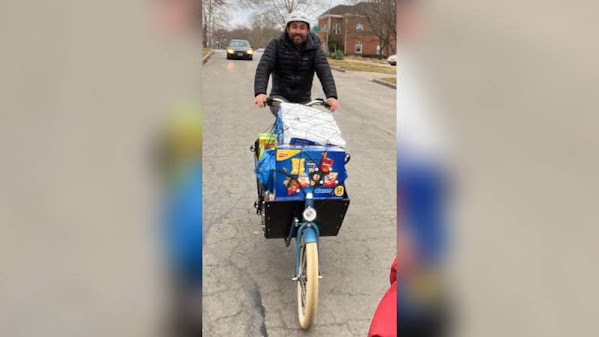 Electrically assisted cargo bikes make it easier to quit driving and pedal (almost) everywhere. The latest generation is more customizable and wieldy than ever; e-assist and modular mounting systems mean today’s bakfiets and longtails are increasingly viable trade-ins for your gas-guzzling SUV.

Update . . . That looks like an old fashoned front loader that might only cost a few hundred bucks and isn't feasible for most people.

It's not a bad idea for those who don't mind sacrificing a great deal of dignity.

After an errant driver crashed into and totaled both of our parked cars, I purchased a front loading cargo bike.

Outside of that brief period of time, we have always been a one car family so it wasn’t a major lifestyle change, but an e cargo bike makes life a lot easier!

To his credit, his defiant tweet at least provides a bit of disclosure whilst most Kansas City metro environmental activists quietly deny their gas guzzler ownership.