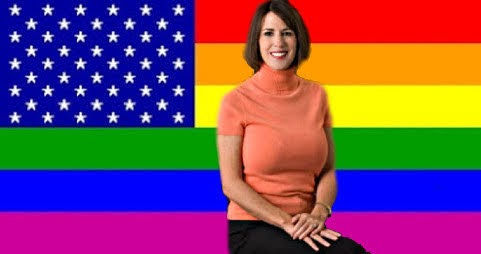 Her departure proves to be a major political shakeup and whilst we remember her glory days standing up for the LGBT community . . . It's kinda WEIRD that such an outspoken politico has gone silent amid her departure.

She recently released another statement that didn't say much . . .

Weir did not address the current investigation into overtime paid to members of the city's police department. Several members of the department were paid to work on renovating the police station and detention center. One police officer was paid $160,000 in overtime for the work.

Weir received enough votes in the Feb. 8 primary to advance to April's general election. She has not publicly addressed why she waited until after the election to leave the mayor's office.

Independence Mayor breaks silence after dropping out of race

INDEPENDENCE, Mo. - A day after Independence Mayor Eileen Weir dropped out of April's General Election she broke her silence about the decision. "After much consideration, I have come to the difficult decision to concede the April general election.