Tyreek Hill Confronts Taunting From Fastest Man In The World 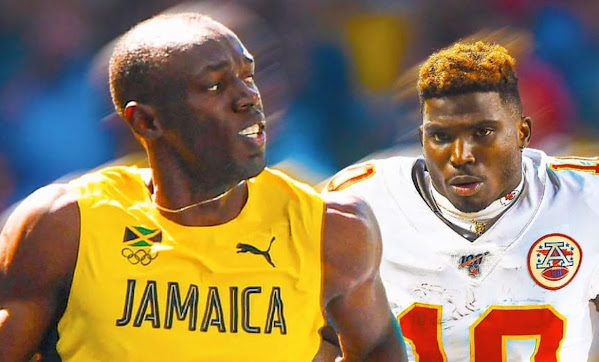 We're tracking this back and forth if only because it would actually make a great off-season competition:

Most recently, The Cheetah challenged Bolt to a race during an interview at a hockey game in Las Vegas during Pro Bowl weekend.

Bolt responded with a tweet showing a picture highlighting Hill losing the Fastest Man race during the 2022 Pro Bowl Skills Showdown with the caption: "You mean this guy?"

Hill responded with two emojis: a showerhead and an "up" icon, telling the legendary sprinter he is "washed up".

KANSAS CITY, Mo. - Kansas City Chiefs wide receiver, once again, challenged Olympic gold medalist Usain Bolt to a race over the weekend and the world record holder jabbed back at the idea. Hill is widely considered the fastest player in the NFL and has teased the idea racing Bolt for years.