Tom Brady Crowns The Next GOAT And It Ain't Patrick Mahomes 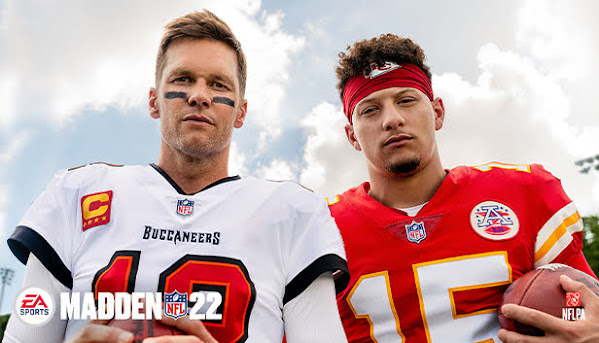 After a crushing playoff defeat there are lingering questions about the future of Kansas City's favorite baller since Len Dawson.

Thanks to THE BEST & BRIGHTEST TKC READERS . . . A recent note raises even more doubts.

"Brady's career is unlike any other, yet he has a message to a young quarterback he believes is ready to carry the mantle.

"Not Patrick Mahomes. Not Josh Allen. Not Joe Burrow. Not Justin Herbert.

"The quarterback Brady believes will be "next" is Baltimore Ravens quarterback Lamar Jackson, who sent a farewell message to Brady on his Instagram. Brady's response was a simple one."

It's a nice sentiment and contradicts so much Kansas City sport talker chatter regarding an undefeated season and dreams of "dynasty" ahead of this year's football disappointment.

Tom Brady has been getting well wishes on his retirement, calling it a career after 22 incredible seasons in which he won seven Super Bowls and five Super Bowl MVPs while throwing for the most passing yards (84.520) and passing touchdowns (624) in NFL history.

Even more interestingly, trolling criticism of the Mahomes clan continues to spread and we notice locals aren't very interested in taking up the cause of Brittany & Jackson . . .

Pat McAfee is curious if Chiefs quarterback Patrick Mahomes will confront his fiancée Brittany Matthews and brother Jackson Mahomes about making headlines this past season for their loud presence at Kansas City games.

Paige Spiranac poked fun at the long-term fiancee and the younger brother of Super Bowl winning quarterback Patrick Mahomes after Kansas City Chiefs lost to Cincinnati Bengals. The Chiefs fell 24-27 following overtime at the Arrowhead Stadium, falling at the penultimate hurdle on the road towards Super Bowl LVI after losing in the final to Tom Brady and Tampa Bay Buccaneers in 2021.

Jackson Mahomes is taking a wild ride into the offseason. The younger brother of Chiefs quarterback Patrick Mahomes - who has been embroiled in a few controversies this season - became an internet talking point once again this week, thanks to a TikTok video that featured him riding a mechanical bull with a female Kansas City fan.