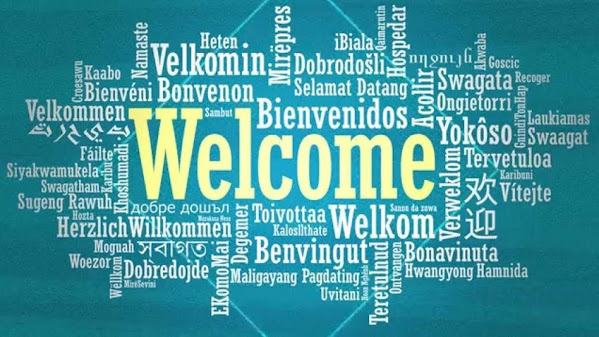 As we get ready to go to war over the border in the Ukraine. For better & worse, there really doesn't seem to be many immigration rules at play in the US as of late.

For TKC this isn't a big deal.

My Spanish is poor but good enough to understand a few simple phrases and garner a far better meal than I deserve.

Also . . . In college I had an Ethiopian-style falafel that was so good it opened my mind about the implications of global trade.

Meanwhile, the Dotte will continue to enjoy diversity from across the globe thanks to the generous souls in local government who might not understand the implications of worsening inflation.

Let's not really worry about specifics and take comfort in the fact that The Dotte is the most corrupt local government in all of Kansas and pretty much everything they touch turns to garbage. If they're endorsing "open borders" there's a very real possibility that the effort might turn hopeful immigrants away.

They really are THAT horrible.

The ordinance gives undocumented immigrants the opportunity get photo identification and prohibits any local law enforcement from working with ICE investigations unless the public is in danger.

Advocates have been working on getting the ordinance passed for five years.

They said it will give undocumented people more basic rights with the use of a photo ID and get rid of any fear they may have when trying to do things without one or working with police.

The Unified Government passed the Safe and Welcoming City Act Thursday by a 6 to 4 vote.

KANSAS CITY, KS (KCTV) - An ordinance aimed at undocumented immigrants that was five years in the making was passed by the Unified Government commissioners on a 6-to-4 vote. The law has two components. One would provide municipal ID cards for those who don't have state or federal identification like a driver's license or passport.

KANSAS CITY, Mo. - The Unified Government of Wyandotte County and Kansas City, Kansas, Commissioners voted 6-4 on Thursday to pass the Safe and Welcoming City Act. The newly passed ordinance now establishes a municipal ID and ensures that the resources from the Unified Government are not used to enforce federal immigration law.