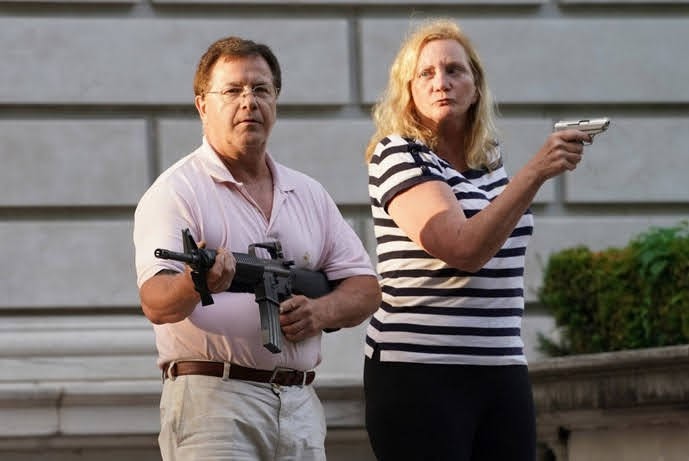 A proposed reinforcement of the Missouri "castle doctrine" has sparked ire this week.

Beyond passionate civil rights criticism of the legislation, we notice law enforcement standing up against the proposal . . .

Prosecuting Attorney Russ Oliver from Stoddard County was also among those who opposed the bill. He refered to it as “Make Murder Legal Act.”

Oliver told senators that a letter has been signed by 38 members of law enforcement, including sheriffs and chiefs of police, “asking you not to pass this bill.”

Among the issues, he said, were that in murder cases, there would often be no one to contradict someone’s claim of self-defense.

“Basically what this does is make it where so long as the person is dead, you automatically have immunity, because there’s not someone else to even say what had happened,” he said.

In fairness (not really), one of the most repellent politicos in the nation has offered his support for the changes . . .

"Among those testifying in favor of the bill was Republican U.S. Senate candidate Mark McCloskey, who was involved in a highly publicized case in St. Louis when he and his wife held guns and confronted protesters."

Proposed bill could allow people to kill without proving self-defense

JEFFERSON CITY - Legislation that would drastically alter Missouri's self-defense laws was debated by a Senate committee Tuesday. Sen. Eric Burlison's Senate Bill 666 would alter the requirement for someone to prove they used physical or deadly force in self-defense. If passed, the bill would move the burden onto the prosecutor to prove the defendant's actions were not in self-defense.