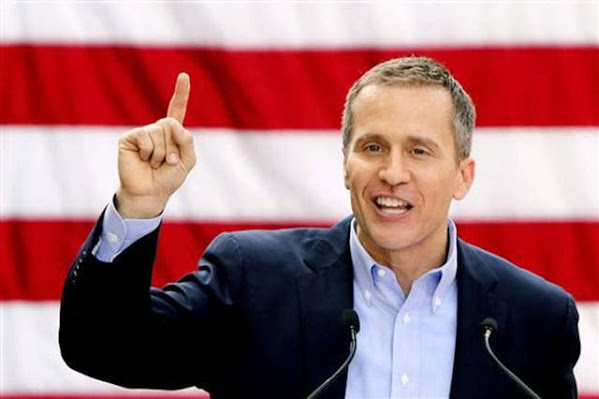 He was betrayed by his lust for . . . Power and his own people.

Also, it wasn't a sanctimonious Tony Messenger column about government transparency and a nitwit app that brought him down.

The deets about "all the sex" and some really pervy reporting ruined the guy and inevitably tanked his marriage to boot. 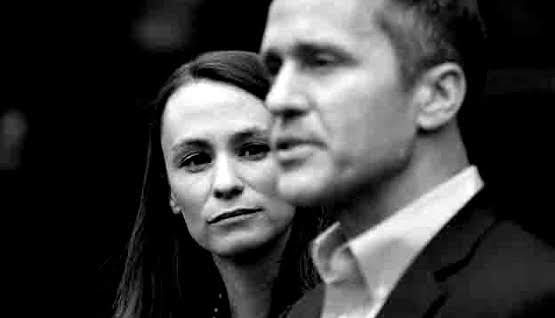 We shouldn't be surprised that the disgraced former Guv is out to ruin Missouri Republicans for the midterms.

This slap fight is the only shot that the Democratic Party has to sneak in yet another one of their disappointing candidates with very little Missouri rep and absolutely no connection to the state.

Even worse . . . The Democratic Party white knight is wearing a lot of plaid and a puffy vest for photo ops and love letters from Politico and other national rags . . . So it's pretty clear he's a phony.

Because here at TKC we realize that nearly all politicos have some kind of character flaw . . . We offer a fun play-at-home game . . .

Every time this guy wears a plaid shirt . . . Realize that he's making fun of your poverty to advance his career!!!

OF COURSE we respect the military record of Lucas Kunce . . . But, politically, he's nothing but an empty suit - He's a manufactured candidate and he's about as exciting as K-rations at a time when the Missouri Democratic Party has a dearth of real leadership.


Instead . . . What has been delivered from on high is yet another candidate designed by lobbyists and think tanks.

Politicos are getting more afraid of Greitens by the day . . . As if a date night is coming soon . . .

An unknown group leaked a poll showing Greitens only narrowly leading a Democrat in a general election in an ostensive attempt to gin up concerns over his electability.

But still, Republicans in Missouri and Washington have failed to consolidate support around one other contender, keeping the primary crowded and leaving in place a path for Greitens to win the nomination with only a plurality.

“I think for Eric Greitens to be defeated, you have to have some consolidation in the race, or at least momentum as far as an alternative,” said Missouri GOP strategist James Harris, who is unaffiliated with any of the candidates. “And the thing is, we've been unable to have that discussion. It's very early, but people should be concerned about Eric Greitens.”

Republicans are struggling to coalesce around a single alternative candidate to former Gov. Eric Greitens in Missouri's open Senate race, elevating worries that they'll be saddled with a baggage-laden candidate in a contest that should be a slam dunk.