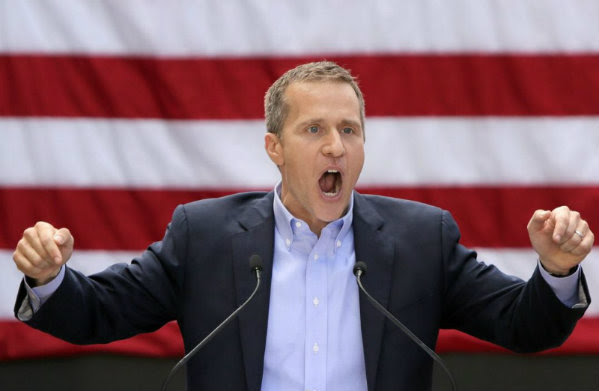 Skeptical voters shouldn't be convinced that Greitens can make it out of the primary.

Fact is the damage from his unsexy resignation hasn't been easily forgotten . . . Also Prez Trump hasn't been that enthusiastic about backing him up.

Missouri conservatives should be confident enough to realize this is now a profoundly red state with its own political character and some of the more vitriolic MAGA rhetoric propagated mostly by trolls, bots and people with mental health issues or too much spare time . . . PROBABLY doesn't move the dial as much as a real connection with voters at the grassroots level.

"Greitens, who resigned mid-term in 2018, has led the crowded Republican field in early polling for the state’s open Senate seat. But according to a recent survey done for a private third-party and obtained by POLITICO, Greitens would have just a slim lead over Democrat Lucas Kunce if the general election were held today."

Top Republicans have cautioned that if Greitens emerges as the Senate nominee, it could cost the party an otherwise safe Senate seat. The former governor was investigated in 2018 by Sen. Josh Hawley, then the state attorney general, over Greitens' use of a charity's donor list to solicit campaign funds, before Hawley turned the findings over to a St.