REPORT: US MOVES TO DEFCON 3 AMID RISING UKRAINE TENSION!!! 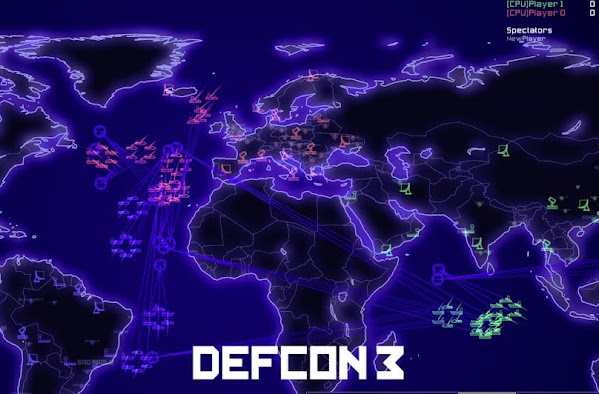 The threat of war in Europe resonates across the globe and amongst news outlets.

There are a great many ways this will impact our little cowtown . . . Mostly, gas prices will likely spike along with a ripple effects in costs and, likely, worsening inflation.

For now, we offer a peek at recent heightened threat readiness reported . . .

The DEFCON system was developed by the Joint Chiefs of Staff (JCS) and unified and specified combatant commands. It prescribes five graduated levels of readiness (or states of alert) for the U.S. military. It increases in severity from DEFCON 5 (least severe) to DEFCON 1 (most severe) to match varying military situations, with DEFCON 1 signalling the outbreak of nuclear warfare.

KTBS has been told from several sources that the alert level for Barksdale Air Force Base has been raised to 'DEFCON 3'.

BOSSIER CITY, La. - As the Russian/Ukraine crisis continues, and tensions rise there are changes for the men and women of Barksdale Air Force Base. KTBS has been told from several sources that the alert level for Barksdale has been raised to 'DEFCON 3'. DEFCON stands for 'defense condition'.


Ukrainian American in Kansas City worries for family still there

KANSAS CITY, MO (KCTV) -- Vitaly Chernetsky came to United States decades ago. The KU professor of Slavic Languages and Literature is a naturalized U.S. citizen, but he still has strong ties to his native Ukraine academically and personally. All of his close family, including his father, still live there.

"From the reports I think we can already tell that [Putin has] sent in tanks and troops," U.K. Health Minister Sajid Javid said Monday.

Investors brace for a torrid day as west threatens sanctions; oil marches towards $100 a barrel

Russian President Vladimir Putin has ordered his Defense Ministry to send Russian troops into eastern Ukraine's two breakaway regions, according to a decree published early on Tuesday, after he said Moscow would recognize their independence. The Kremlin said Putin ordered the Russian forces to "maintain peace" in eastern Ukraine.

BERLIN (AP) - Germany has taken steps to halt the process of certifying the Nord Stream 2 gas pipeline from Russia, Chancellor Olaf Scholz said Tuesday, as the West started taking punitive measures against Moscow over the Ukraine crisis. Scholz told reporters in Berlin that his government was taking the measure in response to Moscow's actions in Ukraine.


World leaders focus on how to punish Russia over Ukraine

With the smell of war in the air over Europe, world leaders got over the shock of Russian President Vladimir Putin's order to deploy troops to separatist regions of eastern Ukraine and they are focused on producing as forceful a reaction as possible.

BEIJING, Feb 22 (Reuters) - China is concerned about the "worsening" situation in Ukraine, Foreign Minister Wang Yi said on Tuesday, repeating his call for all parties to show restraint and resolve differences through dialogue.

Russian President Vladimir Putin has ordered troops into two Ukrainian regions held by Russian-backed separatists, a dramatic escalation that threatens to spiral out into a larger conflict. Putin had amassed some 190,000 troops near the Ukrainian border and appeared to be making preparations for war.