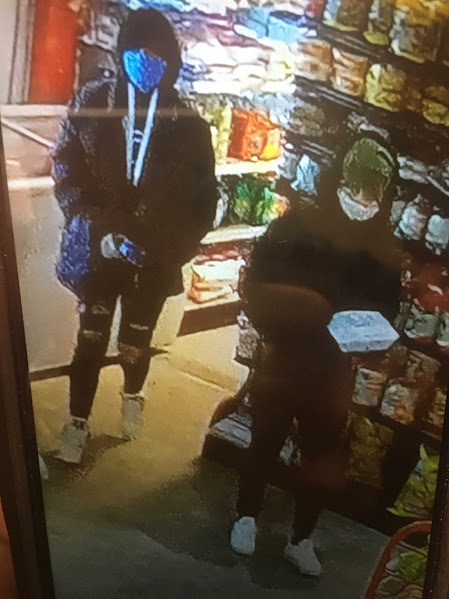 Rising violence persists in the suburbs . . . Tonight we take a peek at SUSPECTED crooks adorned in skinny jeans and leggings.

OLATHE, KS (KCTV) --- Police in Olathe are looking for two suspects wanted in connection to an armed robbery. Police say the robbery happened around 8:30 a.m. on Saturday in the 800 block of South Harrison Street. Two suspects, described only as a younger male and younger female, entered the store.