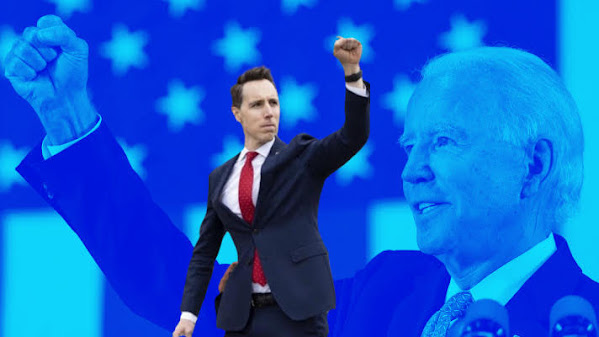 The Prez is moving troops and Missouri's top conservative politico is second guessing the decision.

Here's his analysis that hasn't garnered much attention from local opinion leaders . . .

"Such a deployment can only detract from the U.S. military’s ability to ready and modernize forces to deter China in the Indo-Pacific," Hawley writes, arguing that "Americans’ security and prosperity rest upon our ability" to curtail Beijing's dominance.

"But those opportunity costs pale in comparison to what would be expected — indeed, required — of the United States, were NATO actually to admit Ukraine as a member."

Pointing to the failure of NATO member states to spend 2% of their GDP on defense, Hawley called on Biden to rethink "basic assumptions" about U.S. foreign policy that have been "collapsed" by the rise of China.

Sen. Josh Hawley (R-Mo.) is calling on the Biden administration to drop longstanding U.S. support for Ukraine's eventual membership in NATO, arguing that a binding commitment to defend the country would undermine efforts to counter China.