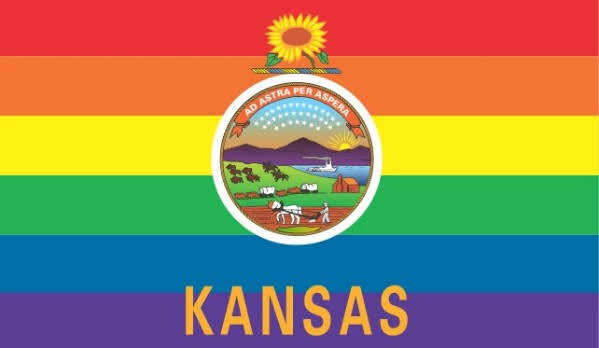 Some very committed activists aren't afraid to get their hands dirty by digging deep into the books and pulling out some very arcane laws which inspire objections from many voters.

We've talked about this recently but here's the best passage from today's blast . . .

"Are you gay? Have you every had intimate relations with another gay person in Kansas? Congratulations! You’re a criminal. These laws once flourished throughout the United States, and they were a tool of discrimination against LBGTQ people. In Kansas, folks were prosecuted under these laws for no other reason than being themselves.

"Specifically, sex between same-gendered adults would be a misdemeanor criminal offense punishable by up to six months in prison.

"In a case called Lawrence v. Texas, the U.S. Supreme Court put an end to this nonsense. But despite calls to remove a flagrantly unconstitutional law from the books, former Gov. Sam Brownback didn’t recommend doing so in 2012 when his administration highlighted 51 measures for repeal."

State law makes it illegal to be gay in Kansas. That's a moral outrage, and state legislators can fix the problem by immediately passing a bill in the House Committee on Corrections and Juvenile Justice. Thankfully, a U.S. Supreme Court ruling from 2003 makes the law unenforceable.

Intercourse between same-sex couples in Kansas is still a crime, even though a U.S. Supreme Court ruling in 2003 made such laws unconstitutional. Kansas' sodomy law, which makes sex a crime for "persons who are 16 or more years of age and members of the same sex," can't be used to actually convict people.