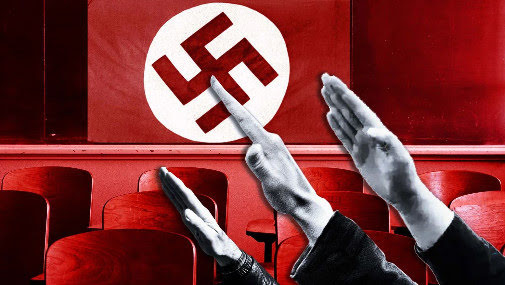 Today it's important to consider a universal and bipartisan rejection of hate in Kansas.

Nowadays there's very little we can agree upon but this truism remains undisputed.

A Kansas prog blog is mostly useless but today they offer some encouraging reporting . . .

The Kansas House voted 121-0 on Wednesday for House Concurrent Resolution 5030. It recognized the growing problem of antisemitism and the targeting of Jewish communities by hatemongers. It recognized the International Holocaust Remembrance Alliance’s definition of antisemitism. The resolution noted contemporary examples and referenced the 11 people killed at the Tree of Life Synagogue in Pennsylvania in 2018 and the three people who died in Overland Park in 2014.

The resolution stated it shouldn’t be construed to infringe on rights protected by the First Amendment to the Kansas and United States constitutions.

Rep. Chris Croft, R-Overland Park, said the document was a bipartisanship effort among legislators interested in recognizing the danger of antisemitism eight decades after the Nazi regime tortured and slaughtered more than 6 million Jews during World War II.

“Yet, here we are with antisemitism on the rise again even here in Kansas,” Croft said. “This is a world issue and an issue of humanity, civility and being offered the opportunity to life, liberty and the pursuit of happiness.”

TOPEKA - Rep. Dan Osman pleaded with Kansas House colleagues to wrap their arms around a resolution denouncing antisemitism as an assault on democratic societies, fodder for conspiracy theorists and a chilling threat to people of the Jewish faith.