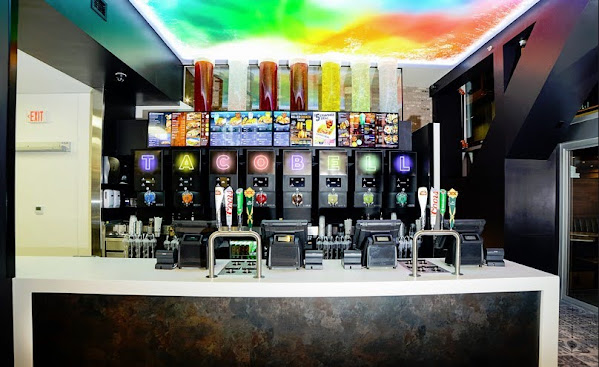 This this is what has become of local club life . . .

The plebs are invited to mix partying and drinking with late night fare.

TKC solution . . . Throw the food directly in the toilet and be done with it.

Here's a much more optimistic take . . .

A spokesperson for California-based Diversified Restaurant Group confirmed the restaurant is opening Thursday. It's grand opening is scheduled for Friday, March 4 from 6-9 p.m.

Kansas City's DJ Ashton Martin will be in attendance for the event, and there will be giveaways, food samplings, and appearances by Mac the Maverick and celebrity athletes, according to DRG.

KANSAS CITY, Mo. - A new Taco Bell Cantina has opened in Kansas City and is just weeks away from its grand opening celebration. Located at 4111 Broadway in Westport, this is the first cantina in either Kansas or Missouri. A spokesperson for California-based Diversified Restaurant Group confirmed the restaurant is opening Thursday.