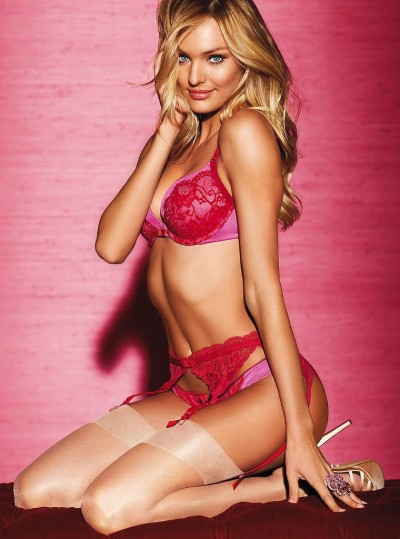 On this morning of love we take a minute to consider hottie Candice along with pop culture, community news and top headlines.

12 Things to Do for Valentine's Day in Kansas City

Kansas City Magazine has you covered this Valentine's Day. Do date night right by using this guide to make your reservation.

Parade of Hearts takes next step toward completion on Valentine's Day

OVERLAND PARK, Kan. - Artists have completed painting 154 oversized hearts with the letters "KC" to be displayed across the Kansas City metropolitan area for the first-ever Parade of Hearts. Beginning this Valentine's Day, the hearts will get a protective coating so they can stand up to the outdoors while on display this spring and early summer.

Story of Family: The Botwin story is a Waldo story

Waldo is a hot place to be right now. Its cute boutiques, trendy restaurants and new flats appeal to a new generation that prefers life in urban areas close to all necessities. Much of the area's renaissance is a product of developer Diane Botwin, whose father first invested in Waldo almost 50 years ago.

The Stunning Transformation Of Candice Swanepoel

With bombshell blond hair, crystal blue eyes, and a winning smile, Candice Swanepoel embodies a physical representation of angelic beauty, wings included. The supermodel is best known for her work as a Victoria's Secret Angel, a title that she earned in 2010 (via Vogue).

WASHINGTON/KYIV, Feb 13 (Reuters) - Russia could invade Ukraine at any time and might create a surprise pretext for an attack, the United States said on Sunday, as it reaffirmed a pledge to defend "every inch" of NATO territory.


The World's Greatest White Rapper Against The Anthem

There may have been some big boys battling it out at the 2022 Super Bowl, but it was a night of hip-hop heavyweights at the Super Bowl LVI halftime show on Sunday. Eminem, Dr. Dre, Snoop Dogg, Kendrick Lamar and, unnecessarily, 50 Cent, rocked the stage at the SoFi Stadium in Inglewood, California midway through the big game between the Los Angeles Rams and the Cincinnati Bengals.

North America's busiest land border crossing has reopened after a nearly weeklong blockade of the Ambassador Bridge by protesters decrying Covid-19 mandates, the company that owns the bridge says.

subscribe to The NPR Politics Podcast podcast Republicans in Congress have asked President Biden to end the designation of COVID-19 as a public health emergency (PHE), citing the accessibility of vaccines and effective treatments as well as the harms of long-term isolation on public health.

Rest in peace, vanilla sex. It was a casualty of the COVID-19 pandemic, at least in the hearts and minds of many Americans. Mind you, sex itself seems to be alive and well.

KANSAS CITY, Mo. - In 2019, Kansas City native Morgan Cooper released a project months in the making. The director created his own reboot concept of "The Fresh Prince of Bel-Air," making it a drama. Millions of views later, after catching the eye of Will Smith, "Bel-Air" was picked up by Peacock for two seasons.

A Northland thrift shop that's run by a local nonprofit is going online. The ReSALE Shop in Gladstone benefits Assistance League of Kansas City. KMBC 9 stopped by to find out how the pandemic inspired their new online shopping option, and how volunteers hope it will increase sales and awareness about what they do.

Warmer air returns to begin this new week KC! Mostly sunny skies with highs near 50 this afternoon. Strong southerly winds will kick in Tuesday with highs back into the lower 60s. We are tracking our next storm system Wednesday into Thursday.

The Association - Never My Love (1967) is the song of the day and this is the OPEN THREAD for right now.